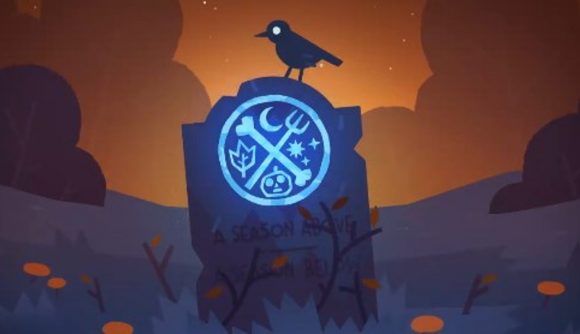 The creators of Night in the Woods have started teasing their new game. The Glory Society, a game dev co-op founded by the Night in the Woods crew, released a small, ominous teaser for an upcoming release, the first of a couple of projects the studio has been working on.

For the first time in over a year, The Glory Society Twitter account started tweeting again, dropping the vaguest of vague hints about what’s coming. The central tweet is an animated gif of a bird on a tombstone that has the words “A season above – a season below” inscribed on it below a glowing rune that contains a jack-o-lantern, a leaf, a crescent moon and stars around a bone-and-fork crossbones. No further title or context.

After that, it’s confirmed it’s a new game, and a new team, and that more updates are on the way, and that’s about it. The Glory Society was founded by Scott Benson and Bethany Hockenberry, who illustrated and co-wrote Night in the Woods, respectively, and artist/composer Wren Farren, in 2019. The outfit has no boss, described as “a worker co-op that makes video games”.

The gif comes in that familiar Night in the Woods aesthetic of broad shapes and dark colors, but it’s decidedly not a sequel to the 2017 Middle America-set adventure game. It’s the first of two games The Great Beyond previosly spoke about making, with the second to come “way later”.

Night In The Woods was one of many hundreds of indie games in this massive Itch bundle that raised over $8 million for organisations battling racial injustice.