If you’ve been waiting the better part of a year for the PC version of Nioh 2, then we have some good news and some bad news. Being the Complete Edition, it includes all DLC packs and a bunch of new performance-enhancing features, including rebindable mouse and keyboard support, the choice between ultrawide and 4K resolution on up to 144Hz refresh rate monitors, HDR compatibility, and even a 120fps Mode. Unfortunately, it’s also lumped with frame rate and interface issues that leave a bad taste in your mouth.

There aren’t a great deal of settings in the game, but we’ve tinkered around with each one to see how you can improve Nioh 2’s PC performance at different resolutions, whether you want to consistently hit 60fps or you want to aim for something a little higher without sacrificing its graphical fidelity. After all, atmosphere is integral to the experience in this Soulslike.

As we explored in our Nioh 2 PC edition gameplay preview, the game runs relatively smoothly when running around and exploring, but sees considerable drops of up to 20fps when engaging in combat and entering the Yokai realm. This issue isn’t isolated to Dave’s GTX 1070-powered rig – which already sits comfortably above Nioh 2’s recommended specs – as it’s also present on our test PC that’s kitted out with an RTX 2080, Intel i9 9900K, and 32GB of RAM.

It’s sad to see a lack of explanations for what each setting does in the menu, as we’ve seen in so many triple-A PC games before, but this isn’t too detrimental given that most are self-explanatory. The only one that might trip you up is ambient occlusion, which is essentially how light is handled – we prefer it on because there’s no discernible difference in frame rate and you get to enjoy deeper shadows as a result.

It’s also irritating that you can’t alter your screen resolution, rendering resolution, frame rate cap, or graphical presets once you’ve loaded into your save, but if you get this out of the way in the main menu, you can adjust other individual settings in-game to compare and contrast. Just don’t hang around any enemies as you do, because there’s no such thing as pausing in Nioh 2.

We’ve ignored the lowest and cinematic graphics presets since they automatically cap the frame rate to 30fps, which shouldn’t be a task to achieve with any hardware released in the past six years.

Curiously, it looks as though the developers at Team Ninja haven’t put any sort of auto-detection in at all, given that both the actions and highest presets are capped at 60fps regardless of what your monitor is capable of. This is why it’s always best to dig into the settings and customise them accordingly.

We managed to achieve 60fps all the way up to 4K resolution with these settings:

To get 120fps, it’s best sticking with full HD:

Effect quality is by far the most influential setting in determining your frame rate. It only has two options, and setting it to low nets you up to a 90% performance increase, making it a no-brainer if you’re just hunting a higher frame rate. The game’s effects do look pretty, especially the particles that float around you when you Yokai Shift or when a flaming arrow flies in your direction, but it’s not worth the sheer drop in frames when the setting doesn’t seem to affect much else.

Texture quality and shadows both have a minimal impact on frame rate. You can get a frame or two more by turning them to low, but we feel the added detail is worth the trade-off at all resolutions – particularly at 4K. Putting shadows on medium maintains Nioh 2’s ambiance and covers flatter textures that are otherwise exposed when the setting is any lower, while setting texture quality to high preserves the world’s grittiness. 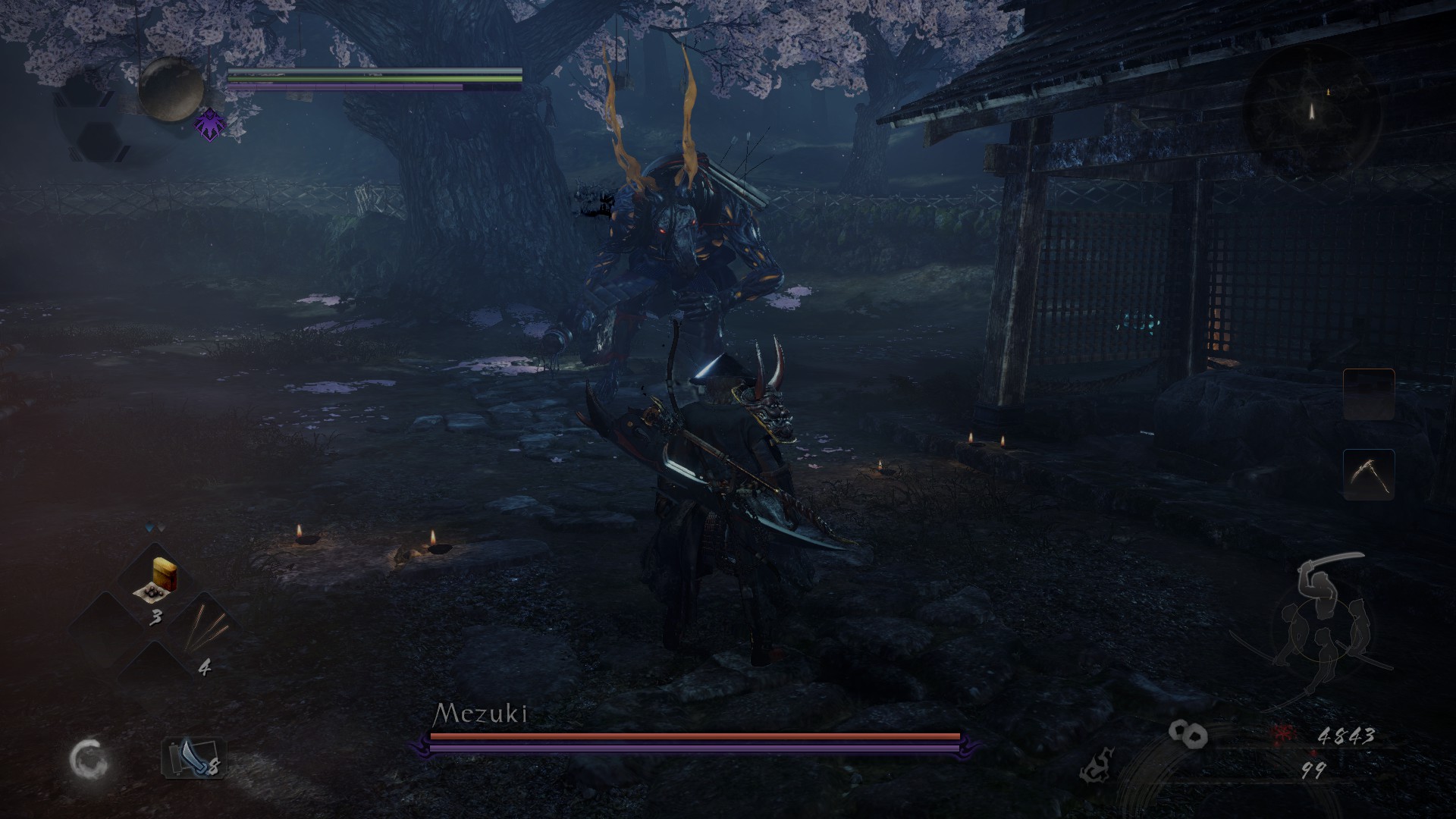 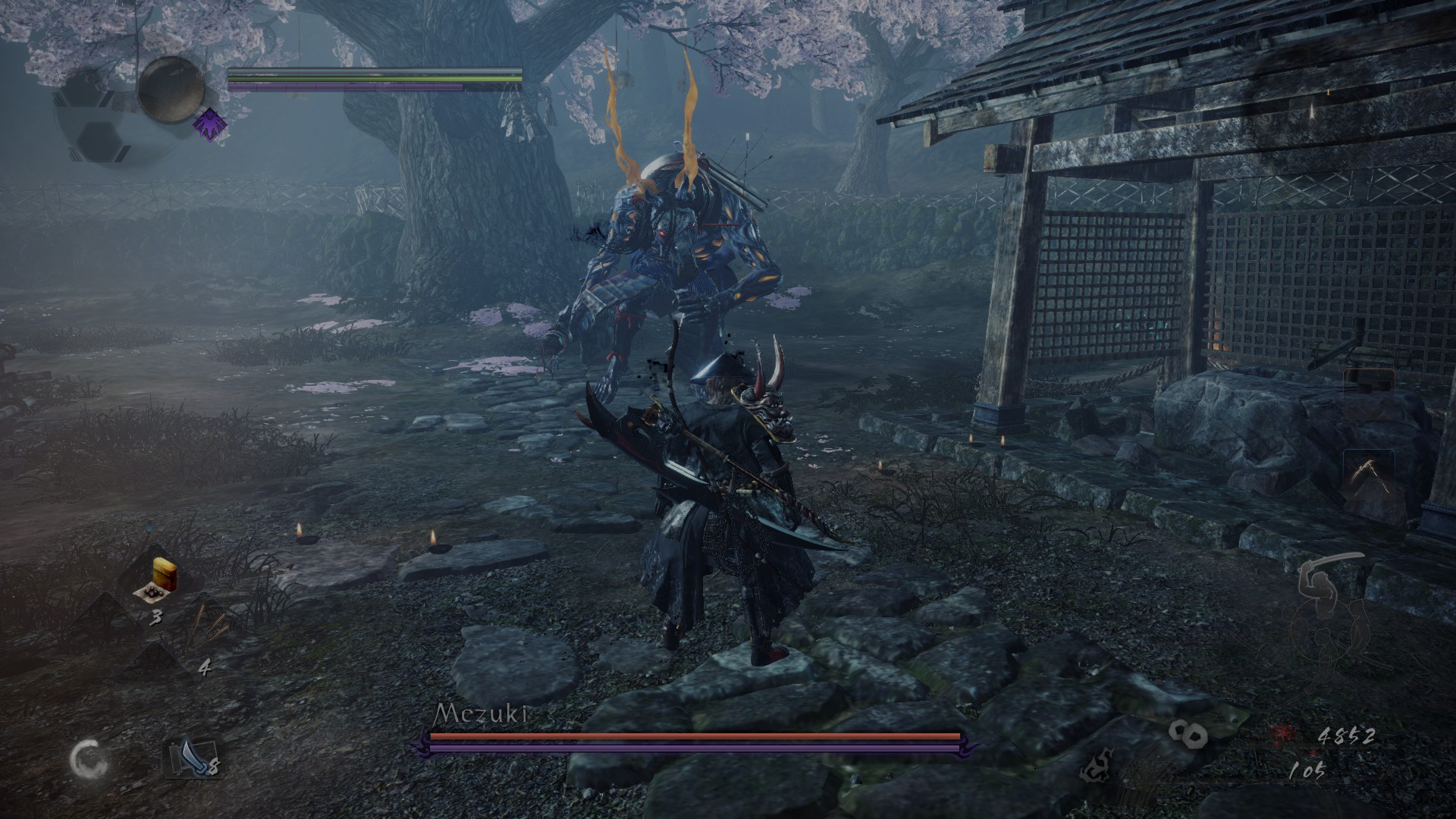 Going from high settings to low is quite literally night and day, as the lack of shadows and textures leaves the world around you looking bright and waxy.

There’s a silver lining, though, as enemies are easier to read on low settings, but you’d have to give up the dark atmosphere that the story heavily leans on. 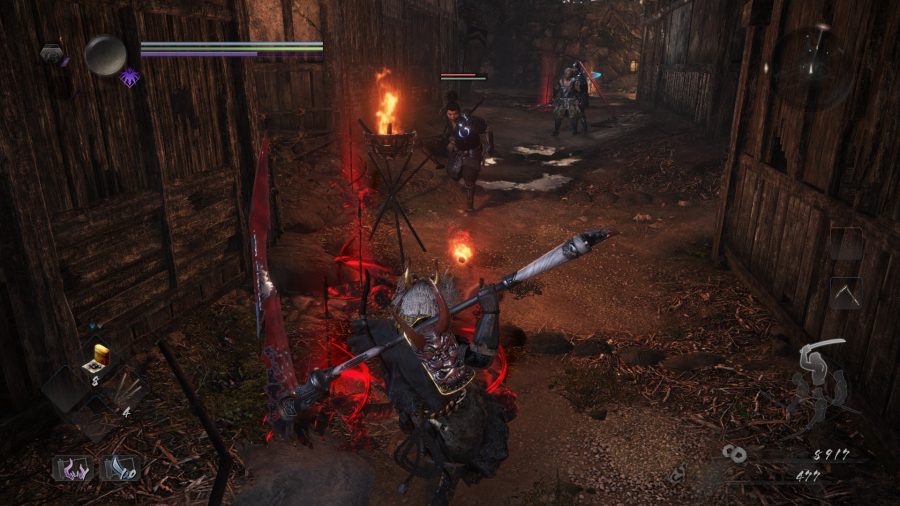 Our time with Nioh 2’s PC port wasn’t without its issues, some of which range from mildly irritating to downright bothersome.

The retail build still uses the PlayStation button layout exclusively, meaning it takes a bit of getting used to when it comes to learning the more complex moves if you’re using anything other than a PlayStation pad. This even happens if you’re playing with the best gaming mouse and best gaming keyboard, although in our experience it’s never worth suffering through a Soulslike game this way. If you don’t own the best PC controller, however, then the letter L is the default for cross, for some reason – you might want to rebind it to something more sensible.

Originally, Nioh 2 didn’t play nicely with Windows’ scaling, which made it difficult to play at 4K resolution without compromising on your personal desktop settings. Fortunately the developers were hot on the case, fixing the bug just days after release. You still can’t change resolutions after loading into the game, but you shouldn’t suffer scaling issues when you switch things up in the main menu.

There was also a mouse cursor issue that persistently placed the arrow in the centre of your screen, but this has, once again, been fixed as far as we can tell. Credit where credit’s due, the developers are working hard to iron out kinks quickly. 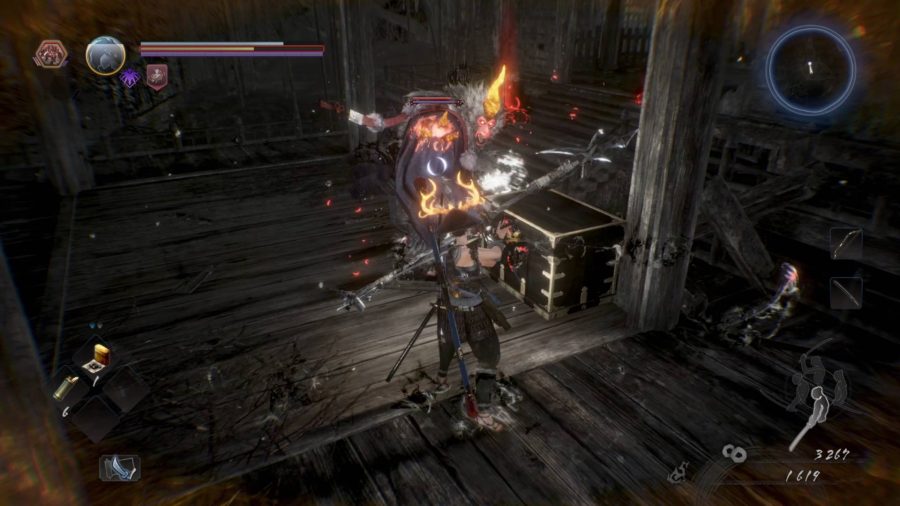 Nioh 2’s transition from PlayStation to PC hasn’t been the smoothest, with keyboard and mouse users suffering the most. Frame drops are also common whenever the screen gets busy, with some users reporting frequent dips below 30fps, even when running the best graphics card and best gaming CPU.

It’s also odd that DLSS, which was touted while the port was still in development, is nowhere to be seen. Fortunately, publisher Koei Tecmo hasn’t forgotten about the feature, confirming it should arrive in the near future:

“Thanks to everyone who purchased Nioh 2 – The Complete Edition. We have heard your comments over the past few days about various issues found inside the game. We are taking all of your messages into account and are actively working on several updates planned to release during February and March to fix these issues.”

It’s not certain whether ray tracing support will also be along for the ride, but it’s a possibility since further probing about the two features led the representative to say “all I can officially tell you is that it’s planned for a future update and that Team Ninja is hard at work on this and other improvements.”

Nioh 2 might be a hard sell at $49.99 / £49.99 in its current state, but for all the PC version gets wrong, there’s plenty it gets right. Ultrawide support is a welcome addition, the detail at 4K resolution enhances the experience nicely, and it even supports HDR if you’re lucky enough to own a compatible monitor – although we can’t comment on the latter.

The settings we suggest will help you get the highest frames possible from the game, but there’s no guarantee they’ll stay that way. Let’s hope the upcoming patches do the trick.