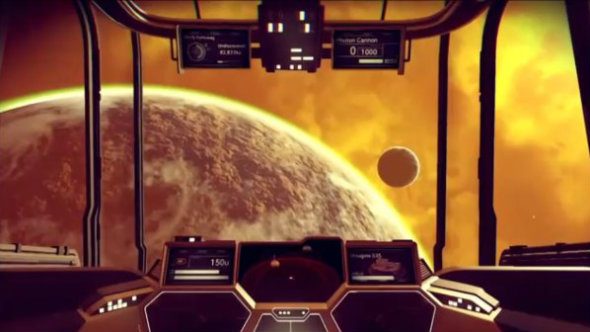 Update August 5, 2016: Some retailers in the US have been breaking the street date for No Man’s Sky, selling the space exploration game early to anyone willing to pay.


As for critics unable to access the offending stores, review code for No Man’s Sky is expected to land on Monday, August 8, though that’s only console – there’s no word on PC code yet.

For now, just explore the cosmos in our list of the best space games.

The official line is that review code is awaiting a day one patch, so anyone who’s playing it early is essentially playing an unfinished version of the game.

Kotaku reported that a store in New York had broken the street date, and suggest that’s where Polygon got their hands on an early copy, which they’ve been streaming today.

Original Story July 29, 2016: While the press are yet to get their hands on review code, retail copies of No Man’s Sky are already out in the wild. Footage has been appearing online, though it’s been swiftly dealt with, so far. No doubt soon it will get too much, though, so you’ll be able to get a first glimpse at what the game is actually all about after all this time.

One guy started by posting a video of him celebrating by popping open a bottle while the game installed on his PS4.

He’s since uploaded a video of the opening moments, which has been taken down, and also a video showing off an exploration of the initial planet, also taken down.

I caught the opening video and that showed thousands of stars zipping by before a white screen popped up. “Initialising” it says, before zooming down to whatever planet you start on and jumping straight into the game.

There was no hint of a tutorial or anything – he was just dumped onto an arid planet and seemingly you’re supposed to figure it out from there, which is cool. His ship was nearby, though it looked like it had seen better days, making it obvious that your first task should be to fix it up and get your man into the sky.

Obviously it’s difficult to tell much from that, but the art still looks incredible. It did look very much like a survival game, though. You know, that popular modern genre that’s mega hit-or-miss. Hopefully this one’s a hit.