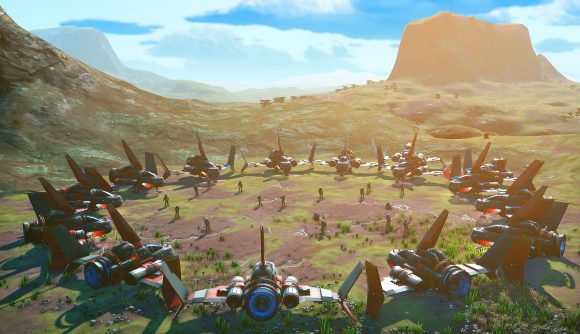 Last month, No Man’s Sky developer Hello Games announced the space survival game’s headed to Xbox Game Pass and getting a Windows PC version “very soon”. Now, following this, the studio has not one but two exciting updates to share: No Man’s Sky’s Windows 10 and Game Pass debut is happening this week – and the game’s also getting cross-play.

That’s according to a press release, in which Hello reveals No Man’s Sky hits the Xbox Game Pass and Windows 10 on Thursday, June 11, alongside the surprise news that the 2016 space game’s also going to be supporting cross-play across platforms – “something to allow everyone in the community to benefit from the influx of new players that Game Pass brings”, as the studio says.

The support means “friends will be able to explore the universe together regardless of gaming system”. So, whatever the platform, NMS’s cross-play will let pals join up in-game to visit eachother’s legendary bases – even if they were built using high-end PCs – and head to the Nexus to tackle some multiplayer missions together.

Hello says it’s been “quietly reworking the networking back-end of the game” for around the last six months to get it ready for cross-play, and onto a single base to support multiplayer. 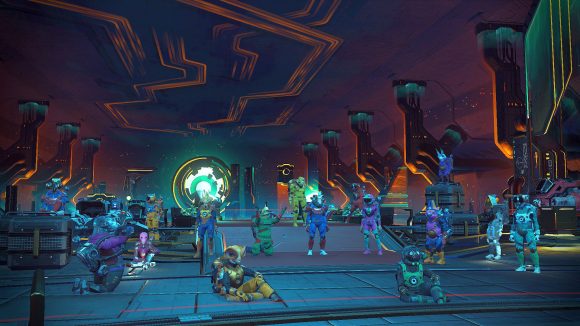 The incoming feature will also arrive alongside an update that brings a bunch of general multiplayer improvements, for example “speech to text, improved lobbies, better fireteams, and a list of twenty or so quality of life improvements”. Oh, and there are some little VR and other tweaks in there, too. Sweet.

You can read more details on the imminent update here.

“It is incredibly exciting for us that a potentially huge influx of new travellers will be able to try the game for the first time with Xbox Game Pass,” Hello Games says in the release, “but also that our large community who have long dreamt of visiting and exploring friends on other gaming systems, will shortly be able to join them.”