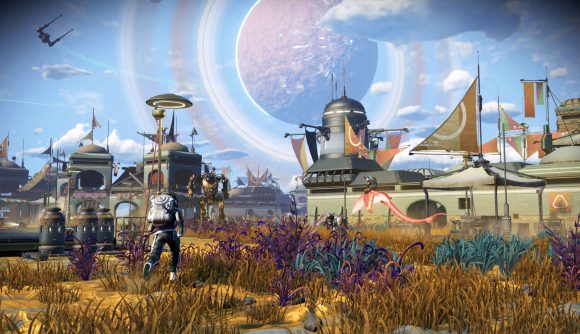 The updates just keep on coming to No Man’s Sky. Hello Games has just revealed the space game’s next big content drop will introduce something fans have been hankering for for quite some time: “living, breathing Mos Eisley-type settlements”. Hello says this hasn’t been possible before now, and has proved a “huge technical and design challenge” – but with the new Frontiers update, you can go get cosy in settlements across the game’s universe.

These settlements are essentially “little towns, filled with NPCs with their own tasks and problems”, as Hello explains in a press release. You can not only stumble across these, but also opt to lead them as an ‘overseer’, and grow them from fledgling outposts into much bigger, thriving places. If you take on this role, you’ll get to construct new buildings, which’ll encourage more folks to move there.

The update also overhauls the game’s existing base building feature to aid in this, as well as adding hundreds of new parts for bases, advanced building controls, and a new grid-style menu to help you build even more complex and ambitious structures. Each settlement is procedurally generated, with its own layout and style, and as a leader of one you can rename it as you like.

Settlements’ inhabitants will also ask you to help them out as their overseer, and you’ll need to make key decisions, resolve conflicts, and keep them safe from drone attacks, too. Heavy is the head that wears the crown, eh? 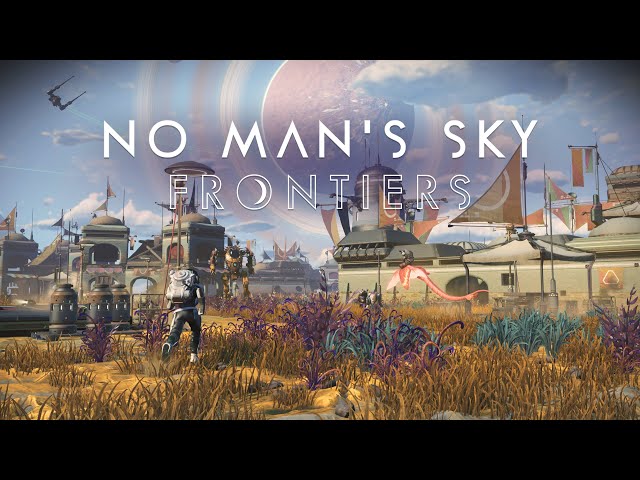 Along with the update comes the next No Man’s Sky expedition – its third – too. Called Cartographers, it’s coming up soon and focuses on planetary mapping and exploration, getting players to use their skills to escape the toxic atmosphere of the Gisto Major planet.

The Frontiers update drops today, which means one fan may stop modding Sean Murray’s head into the game. For the full patch notes, head to that link on the game’s site