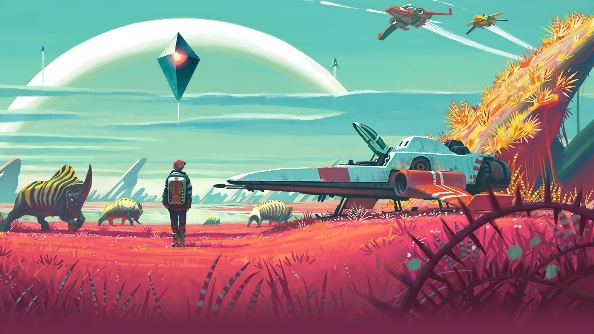 It seems like half the game is still a complete mystery, but if you’ve been charmed by the ambition of Hello Games’ No Man’s Sky, you can throw money down right now. Pre-orders are open, and that means we finally have a release date: June 24th.

June is still a while away. Blast beyond the atmosphere right now with the best space games on PC.

The ambitious ‘do-whatever-you-want-in-space’ game will set you back £39.99 / $60.00, and can be ordered from Steam, GOG, and Humble right now. If you’re still in doubt as to what you’ll actually do in all that space, our recent hands-on reveals all.

If you like things a little more physical, Hello Games have teamed with iam8bit to create a merchandise store. Among their wares of t-shirts and prints you’ll find the ‘Explorer’s Edition’ of No Man’s Sky, which comes with a replica ship and a pin, along with a code to redeem the PC version of the game. 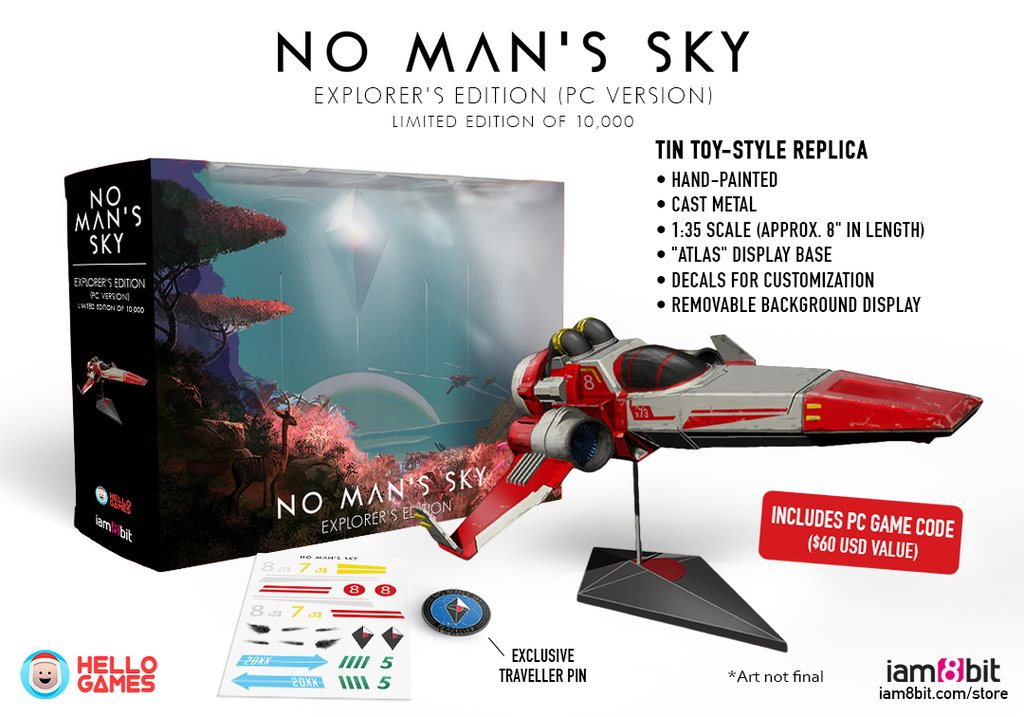 This week saw the internet whip itself into a frenzy after the PlayStation blog published a post that suggested No Man’s Sky pre-orders would be opening soon, but that information was quickly removed. That didn’t stop people jumping on the $60 price-tag though, which apparently some feel is entirely unjustified because the seemingly-huge-scale game is being developed by a tiny indie studio.

How excited for No Man’s Sky are you? Will you be dropping bank on a pre-order today?