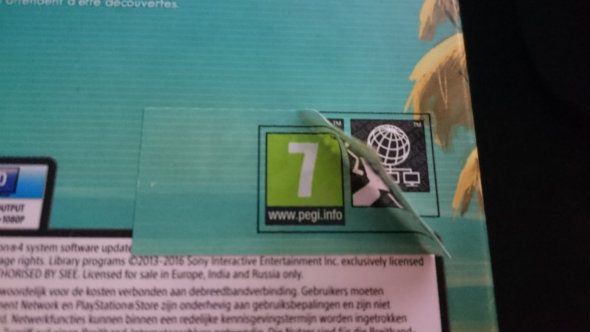 Update August 11, 2016: Sony have sent out an official response to the No Man’s Sky Limited Edition case stickers story.

Speaking to Eurogamer, Sony say the sticker was caused by a “production issue”.

“Incorrect descriptors were incorporated into the original No Man’s Sky limited edition packaging,” a company spokesperson told Eurogamer. “This was a production issue and was rectified using placement stickers.”

Yesterday we ran a post about No Man’s Sky and its apparent lack of multiplayer, despite suggestions to the contrary from its creator. Today copies of the Limited Edition have been showing up all over the internet, showing a sticker covering up the online play symbol.

(Of course, the game has online play to a certain extent – you can name flora, fauna and even planets, and these could show up in the universe of another galactic explorer.)

It looks like the game was originally getting a PEGI 12 rating, possibly thanks to those online features, but the new sticker rates the game as PEGI 7. Standard versions of the game don’t have the sticker, suggesting this was a last minute change – after all, the standard box sleeves would have been much simpler, and cheaper, to replace.

We’ve had confirmation that this affects all European Limited Editions of No Man’s Sky from retailers in the UK and the Netherlands. There have also been posts on Reddit, Imgurand 4Chan saying the same.

Our source in the Netherlands shared some photos with us, which you can see below: 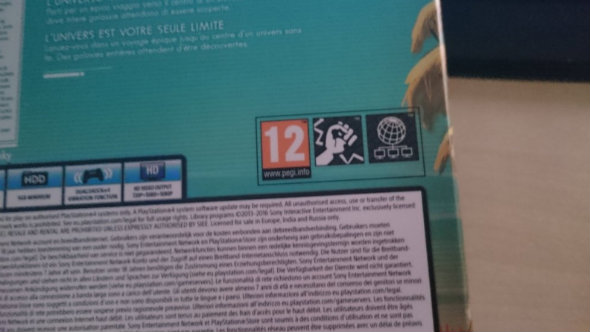 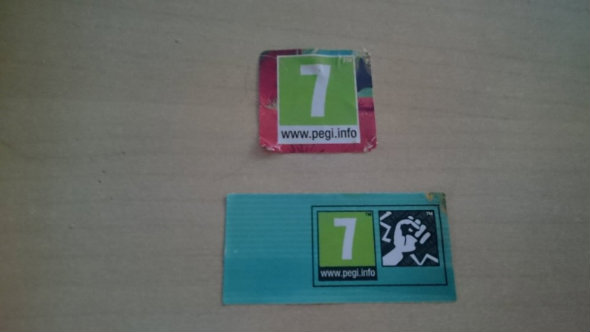 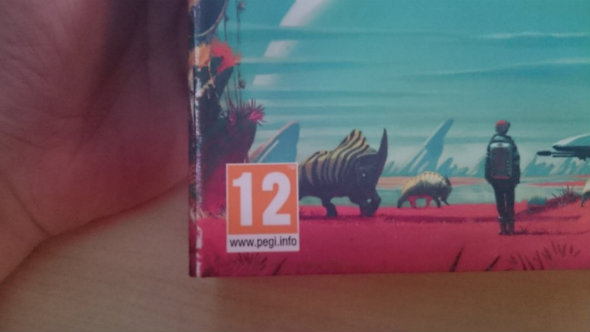 The US version of the game seems unaffected, and that region still has a T rating.