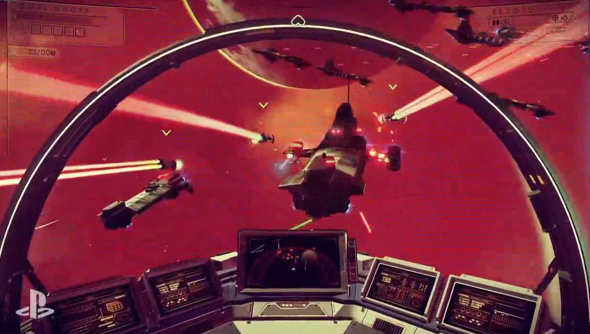 Hello Games, developers of the hotly anticipated space explorathon No Man’s Sky, have revealed the game will keep its original name after a lengthy legal battle.

If you’re looking for something to tide you over until NMS’ release, here’s the best space games on PC.

Sky TV, the British arm of worldwide multimedia monolith BSkyB, entered into a trademark dispute with the Guildford, Surrey-based team three years ago.

According to Hello Games’ founder Sean Murray, Sky TV owns the word Sky and were not enthused about its contextual use in the name of a media product.

Yay! We finally settled with Sky (they own the word "Sky"). We can call our game No Man's Sky. 3 years of secret stupid legal nonsense over

In further tweets, Murray said: “This is the same folks who made Microsoft change Skydrive to Onedrive… so it was pretty serious.”

In 2013, BSkyB succeeded in defending their generic three-letter trademark from one of the largest companies on earth, as Microsoft were ordered by a British court to change the name of their cloud-based storage.

Murray recently received mountains of death threats and hate-mail for delaying No Man’s Sky from a June release into August, though he did not link the outcome of this settlement to the delay.

At the time, reasoning given for the delay was that ‘some key moments neededextra polish to bring them up to our standards,’ though of course nothing was known of this legal case until yesterday.

No Man’s Sky remains on course for its new August 9 release window for PC and PS4.