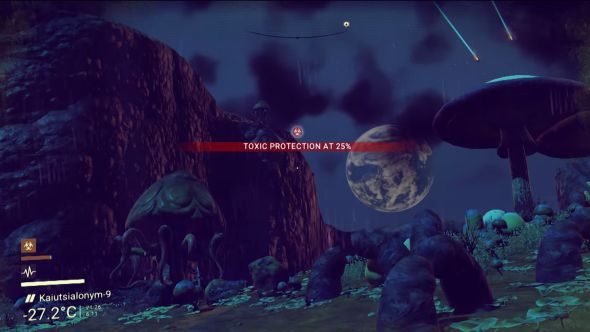 Update August 13, 2016: Sean Murray has issued a list of fixes for common problems people are having launching No Man’s Sky, while working on a fix for older CPUs.

The founder of Hello Games has stated most issues come from users not having Visual C++ Redist 2010 installed, while the second and third most common issues result from out of date graphics cards and drivers.

Can No Man’s Sky live up to the legacy of great space games on PC?

The most disruptive issue, however, was that of older CPUs causing a crash immediately on launch, something the community of troubleshooters on Steam discussions narrowed down to SSE 4.1 support.

Murray has now stated that, though minimum system requirements suggested an Intel i3 would be necessary for play, the team is working on a fix for some older AMD Phenoms – having worked through the night, apparently.

It's been a very long night, a lot of the team are still here though! We are currently testing fixes for older AMD Phenom CPUs + more 🙂

For those having issues with framerates, the given advice is to update drivers and ensure you are running a GPU that supports OpenGL 4.5. For any other issues you may be running into, there is a dedicated Steam support thread on the discussions.

Original story: While the PC version of No Man’s Sky has not been in our dedicated port reviewer’s hands long enough to form an opinion, early Steam adopters are already finding problems in procedurally generated paradise.

As of writing, three hours after the game released on Steam, more than two thirds of user reviews (66.9% of 5,218) are negative, citing massive performance issues.

Many in the forums for the game are sharing debug logs to attempt to discover a common reason for crashes on launch, thought so far to be older CPU architectures.

The minimum system requirements for the game state, somewhat vaguely, that an Intel i3 should be sufficient and so far the amateur tech support answers are limited to CPUs that support SSE 4.1 being required. To be fair, SSE 4.1 is standard on every Intel architecture since 2007 so if you’re trying to run it on a Dell from last decade then, news flash, modern games aren’t for you.

For players getting past the title screen, stable frame rates are proving elusive even on newer hardware. Expect a patch to address many of these problems, but you can get a more definitive judgment on the port’s quality once our official review arrives early next week. Until then, perhaps waiting may be a good option if you’re unsure of the star-crushing power of your dual 1080 rig.