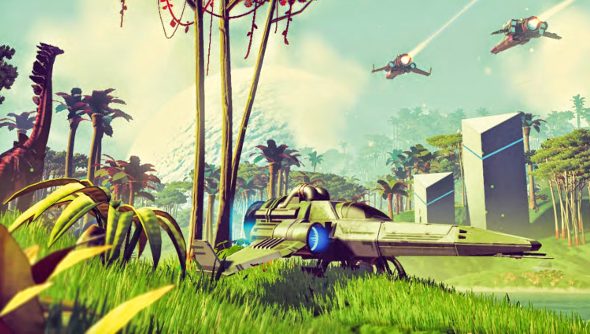 Remember when Sean Murray told everyone to stop watching early streams and discover things for yourself instead? Well he’s just done an hour of livestreaming, talking us through the basic tasks you’ll be doing in-game.

In the archived livestream, Murray walks us through a cave network and talks excitedly about how the lights never go off, he finds his character’s grave and retrieves his gear Dark Souls-style, he talks us through trading at a space station and more.

You can tell he’s really passionate about the game from how animated and enthusiastic he is, even if the art director next to him stays completely silent almost throughout. Honestly, he’s like a hostage or something.

We get a look at a bit of everything in the video, including combat and even a bit of mid-game stuff when Murray loads up another save, so obviously don’t watch if you’re worried about spoilers. Personally, I wouldn’t be, since, you know, it’s all procedural and you will see stuff that’s completely different.