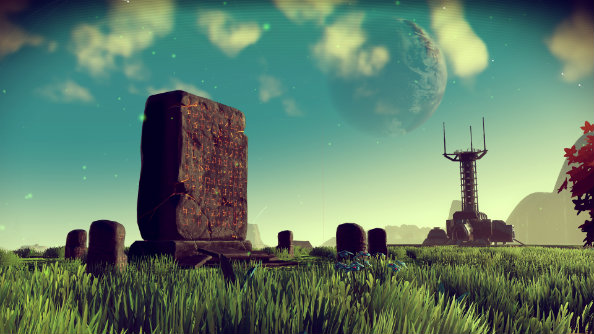 Steam’s automatic refund policy is pretty clear: you can have a full refund for the game if you purchased it within 14 days of applying for a refund, and have played no more than two hours of the game. However, the rules seem to have been bent in some cases according to a Reddit thread posted over the weekend, which claimed Steam were offering full refunds to users despite their playtime exceeding the two-hour limit.

Try our list of the best space games on PC for alternative intergalactic adventures.

According to the post, even users who had logged in excess of 70 hours with Hello Games’ almost infinite space sim had acquired full refunds by claiming the game was falsely advertised and contained a number of technical issues. Valve have responded with a firm but clear statement of their refund policy on the No Man’s Sky’s Steam page that reads, “The standard Steam refund policy applies to No Man’s Sky. There are no special exemptions available.” So, you can’t get an automatic, guaranteed refund for No Man’s Sky if you don’t fit the criteria.

Of course, that doesn’t mean you can’t get a refund for the game, provided you appeal citing a valid reason for your right to a refund. Valve’s need to restate their refund policy is likely a response to the high number of people who saw the post and sought their own refund without properly considering whether they were entitled to it.

Certainly, No Man’s Sky’s marketing did little to lower expectations for the game ahead of its release, and gamers who were expecting an endless universe full of things to do and planets to explore will surely feel aggrieved after spending some time with the game. That said, after 72 hours with a game, it’s probably too late to suddenly put in a request for a refund.