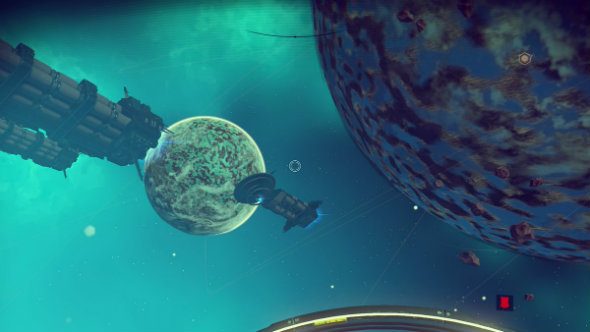 No Man’s Sky is finally out and it’s sold like mad, no doubt helped along by the monumental hype powering it along like a faster-than-light hyperdrive. Hype is a double-edged sword, though – while it might lead to sales, it might also lead to expectation. It’s safe to say No Man’s Sky fell short of those expectations for some people.

Perhaps something else in our list of the best space games will satiate your needs.

While many were expecting to share No Man’s Sky’s universe with other players, it turns out there’s actually no mutliplayer in No Man’s Sky, despite lead developer Sean Murray making statements suggesting otherwise. Now players have been picking through the rest of the pre-release chat to see where else the game under-delivered.

It’s worth noting at this point that the removal of features is common practise in game development, whether to meet deadlines or because the features didn’t work as intended. Remember the BioShock Infinite trailers with the dying horse? Remember that bit in the game? Of course you don’t, because it was removed.

With that in mind, here’s what was changed before No Man’s Sky was finally released, via Reddit.

There’s actually a pretty comprehensive list at that link, but I’ll cover the basics here for you.

One of the biggest issues, in my opinion, is the removal of simulated solar systems. The messaging always said that these were real, to-scale planets that were orbiting a star. Yet the stars are painted onto skyboxes and are unreachable. Simulating solar systems would have a knock-on effect on planets, with different conditions and different resources spawning depending on distance to the sun, mass, its moon and other factors.

Another thing missing are sandy planets. There are some desert planets, but nothing like what was shown in pre-release videos, and the way sand whipped along those surfaces in a storm. There are also no ringed planets. Animals don’t act as the did in the E3 trailer, either, barrelling though trees and affecting the environment. Rivers have also vanished, and loads more.

Even ships, which were each originally planned to handle completely differently, are now nothing more than a palette swap with different inventory sizes. Don’t even get me started on destroying space stations and fleet sizes, because we’ll be here all night. Hit up that Reddit link for some examples.