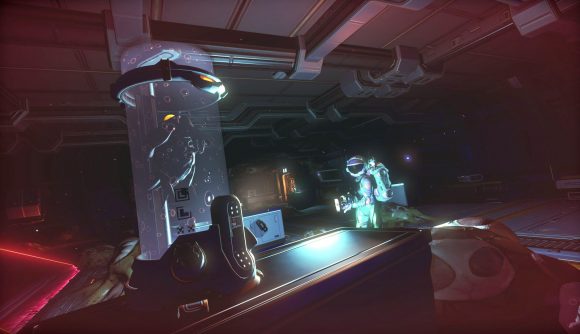 It’s been a busy year for No Man’s Sky. The space game’s had some big updates bringing giant mechs with jetpacks, the weirdest spaceships you’ll ever see, and, more recently, cross-play. Now, developer Hello Games has got another content drop in store – one that brings some spooky, ominous environments to explore.

In a press release, the studio announces it’s called the No Man’s Sky Desolation update, and is inspired by “a different strand of ’70s/’80s sci-fi”, the kind that explores the “feelings of fear and dread that come from being alone in the depths of space”, which until now hasn’t really been reflected in the game. The new update brings abandoned freighters you’ll get to explore to the action-adventure game’s world, which are full of salvage and spooky adventures.

The freighters usher in a new gameplay style as they’re procedurally generated inside, packed with crew logs left behind by their previous occupants, and can be tackled solo or with pals to uncover their secrets. They also have some handy salvage and “otherwise unobtainable” items hanging about, which you can use to upgrade your craft.

But, Hello says, you might encounter some pesky “hostile alien lifeforms” and obstacles like “hazardous item” spillage, defence system hiccups, and environment control failures when venturing into these derelict ships. Gulp.

In addition to the new feature, the Desolation update also introduces a batch of balance changes and tweaks to No Man’s Sky’s weapons and enemies, meaning “a faster, more dynamic combat experience”, as well as some other adjustments. You can find the full list of patch notes here. 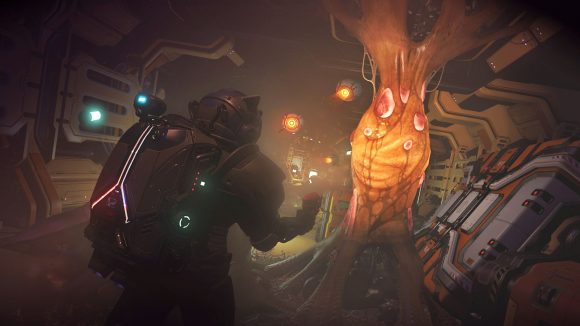 If the Desolation update sounds like your cup of tea, take a look at our list of the best survival games on PC – you might find something new to try.