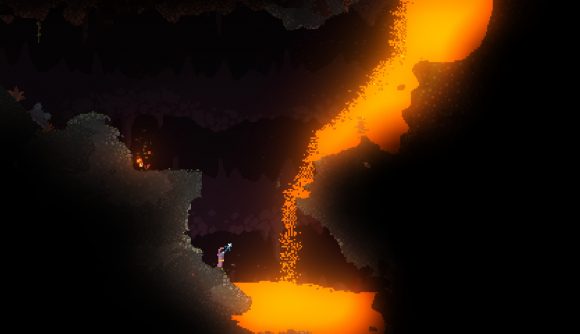 We’re all thrilled that Spelunky 2 has arrived on PC, but it’s certainly not the only hardcore roguelike platformer on the block. Noita, a challenging mix of Spelunky and Terraria, is about to leave early access. The official Noita release date is set for October 15.

Noita has some of the familiar elements of action RPG games and roguelikes: you’re a wizard, the layout changes every time you start a new run, and when you die, that’s it – you’re starting over from scratch. What’s different here is the fact that in Noita, every individual pixel on screen has simulated physics. Whether it’s part of a wall or a pool of liquid, each tiny visual element on screen has properties that can interact with the rest of the world – and with the magic effects you’ll be flinging around with your wands.

As mentioned above, you’re a wizard, but the trouble is that you’re not a particularly good wizard. You’re certainly not the kind of wizard who carefully reads instruction manuals. The wands and potions you pick up in Noita can have any number of magical effects, and often they’ll have some surprising combination of effects that makes them nearly as dangerous to you as they are to whatever you’re aiming at.

Here’s the launch trailer to get a sense for how this all looks in practice: 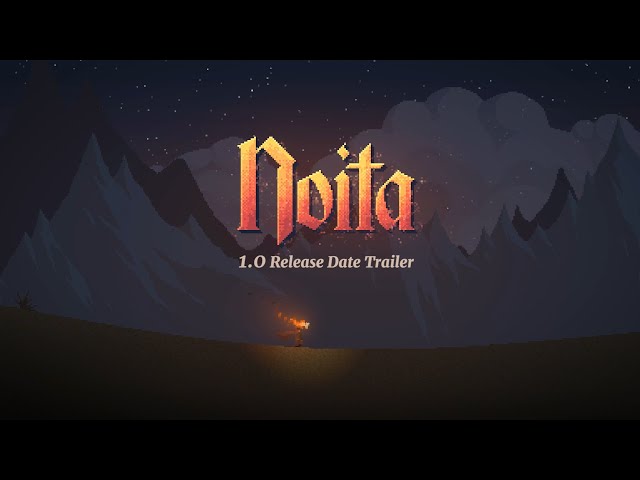 Throw a fireball into a pool of water, and you’ll vaporise it into steam. Drop a burning lantern into an oil spill and fire will rapidly spread throughout the caverns. It’s a tough game and death comes swiftly, but each early run is a learning experience and you’ll build up enough familiarity with the dungeons that eventually you’ll be able to anticipate problems before they happen.

The 1.0 update includes a bunch of new stuff, including new wands, enemies, environmental elements, and more. Noita is available on Steam, and supports the Steam Workshop, so you can already find plenty of mods if you’d like to make things even stranger.