I’m perched on top of a building in the middle of a city carved out of a mountain. Above me is ceiling instead of sky, the roof of an impossibly huge cathedral which houses the town below. It the newest Nosgoth map, the Silenced Cathedral.

I spot the humans – the blood bags – and swoop down, great wings spreading out, with my eye on one of the hunters. I’m going to carry him off and have a nice long drink. As I get lower, I realise I’ve made a serious miscalculation. The humans move back, under the cover of a roof, and I slam into a building.

Looking for other no-cost experiences? Check out our list of the best free PC games.

Landing unceremoniously on the city streets, I look around to see the hunters surrounding me as a pack. They move in, and within seconds I’m a limp corpse. I am very bad at flying.

The new map is due to hit Psyonix’s F2P Early Access game later this month, and at first glance it’s a familiar space: a maze of alleys, empty buildings and eerily quiet squares that at any moment can become the stage of a savage skirmish between humans and vampires. A magical green glow illuminates the cavernous labyrinth, while ominous eldritch statues look down upon the streets.

It can be a confusing place to navigate. While many of the buildings – all various sizes and heights – are locked up, some have had their walls smashed down, creating balconies and multi-level towers, so you’re never quite clear where a vampire attack will come from when you’re playing as the ground-bound hunters. 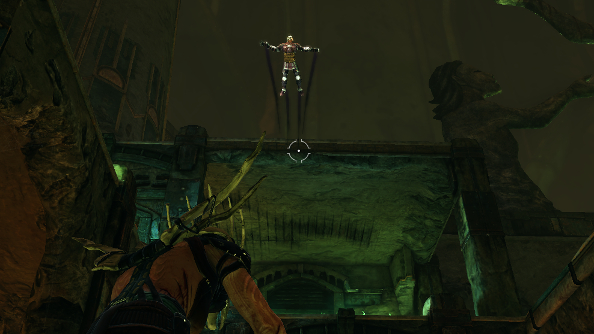 “There’s a large number of structures of varying heights, giving vampires a much wider array of directions to attack from and surprise humans,” says game director Corey Davis. ”Many of the structures have multiple entrances on multiple sides, so clever vampires can set traps to catch humans unawares. However, a number of these areas are also constrictive or open to the various entrances in buildings, allowing alert humans to pick at targets from relatively safer locations, or force vampires into positions where they can’t easily escape and be quickly focused down.”

While I was playing as the Sentinel, the vampire’s airborne class, the constrictive nature of some parts of the map (along with my terrible flying skills) would spell my downfall. I had more success with the other classes, however. When the hunters retreated inside buildings, where leaping vampires couldn’t get to them, the multiple entrances still allowed us to surround them and attack from all directions. Even when it seems like one group has the upper hand or the better position, there’s often still a weakness that can be exploited 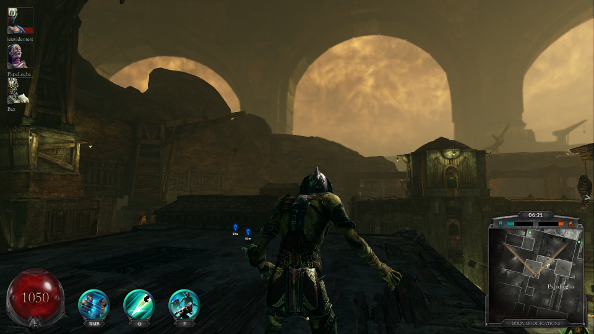 Sticking together is the key to success in Nosgoth. Lonely hunters can easily be picked off by vampires striking from above, while the vamps are at their strongest when they attack as a single unit. In a random group that isn’t using voice chat, that can be tricky – but now not impossible. Players can set waypoints visible to their whole group, as well as highlighting areas where they’ve just seen the enemy. Spotted a Reaver prowling on a rooftop? It’s much easier to quickly mark the spot than it is to start frantically typing.

The hour I spent leaping from roofs and hiding in alleys was fun, but not enough to grasp all the map’s nuances. Davis promises that Silenced Cathedral has a bunch of shortcuts and choke points that players will eventually be able to exploit, once they’ve put in the time.

You’ll be able to take the map for a spin soon, when it launches in late January, and you can download the game now, for free.