Another day, another Nvidia driver update. To be specific, Nvidia GeForce Game Ready Driver version 399.24 WHQL. Within this release the green team has set its sights on optimising and enhancing Shadow of the Tomb Raider, Call of Duty: Black Ops 4 Blackout open beta, and Assetto Corsa Competizione for best performance on Nvidia GeForce graphics cards, along with a bug fix that boosts Threadripper 2990WX performance.

Crystal Dynamic’s third installment in the Tomb Raider franchise, published by Square Enix, is about to hit on September 14. That’s just in time for a whole weekend of clambering up icy peaks, diving away from a storm of bullets, and, almost, falling to your untimely death more than once. Luckily, all that action will look and play at its best thanks to the latest driver Game Ready update.

The overall 396 driver package brings with it Nvidia’s RTX support, and Shadow of the Tomb Raider is one of the first games to support this upcoming tech out the door. However, Windows 10’s October mainline update is still required to bring DirectX Ray Tracing to the fore, and that’s not on the agenda until October. Also, despite being one of the first games confirmed to support ray tracing, we don’t know exactly when Crystal Dynamic will implement it in-game.

But if you aren’t looking to purchase the RTX 2080 Ti or RTX 2080 on day one, what’s more important is that the Call of Duty: Black Ops 4 Blackout open beta, starting for PC users this Friday, September 14, is also on the receiving end of driver optimisations in the latest package. Driving sim Assetto Corsa Competizione, another inaugural ray tracing title in fact, is also set to receive tweaks and bug fixes as it enters early access on September 12.

One of the more important fixes this time around is the bug affecting AMD’s top-end 32-core Threadripper 2 chip, the 2990WX. CPU core/thread utilisation had previously been limited to, essentially, 16-core performance due to a bug, but now the full weight of 32 cores can be brought to bear on whatever game you please. 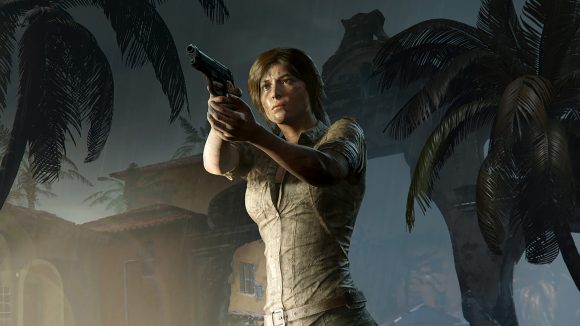