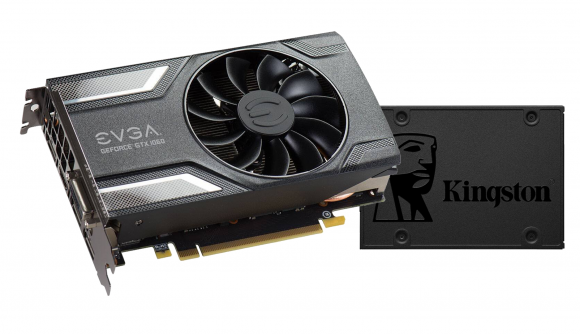 Nvidia has started offering free Kingston SSDs alongside graphics cards purchases as a part of its “Made to Game” marketing campaign. Nvidia GTX 1050 Ti and GTX 1060 graphics cards will now be accompanied by either a 120GB or 240GB Kingston SSD free of charge, in what looks like a Machiavellian plan to shift more units on the eve of new graphics tech without dropping prices on its overabundance of two year old GPUs.

It wasn’t long ago that sources close to retailers were reporting Nvidia was unwilling to budge on graphics card pricing, leaving retailers with excess stock and slim margins as demand faltered from gamers –  who were no doubt waiting for the next-gen GPUs to drop.

Nvidia Pascal graphics cards are still generally priced quite high, especially considering they are well into their geriatric years. But, rather than drop the price of these aged cards potentially close to the Nvidia GTX 1180 launch window, the company is looking to shift stock through a deal which realistically won’t have cost it all that much to put together or affect its bottom line all that much.

With the latest promotion in tow, UK retailer Scan’s GTX 1060 6GB and Kingston 240GB SSD deal will cost you £280. On the other hand, these exact components individually cost just £297 through Amazon UK. Kingston likely cut Nvidia a pretty hefty deal to put the promotion together too, which is sure to net the memory company some valuable exposure. 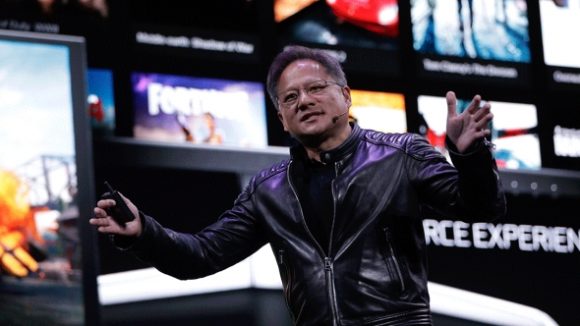 I’m not one to look a gift horse in the mouth, but for a two year old GPU that is inevitably at the tail end of its time in the spotlight, that’s actually not all that great of a deal. Despite reports that Nvidia’s sales channel is overflowing with excess GPUs Nvidia would rather not have to deal with, the company has been resistant to actually drop prices, or aid retailers in doing so, in any truly convincing manner.

Nvidia seems to be reluctant to draw attention to any possible signs of next-generation graphics cards launching soon. CEO Huang even recently said next-gen GeForce GPUs won’t appear until “a long time from now” in an effort to put people off the scent – but Nvidia’s CEO was always going to play down any new GPUs until the next-gen was imminent.

The deal currently is only confirmed within the UK and Nordics (via Guru3D). If you are in the market for a new gaming PC and have decided to hold off for Nvidia’s next-gen – rumours point to a launch before Q3 is up – I doubt this deal will do much to convince you otherwise.