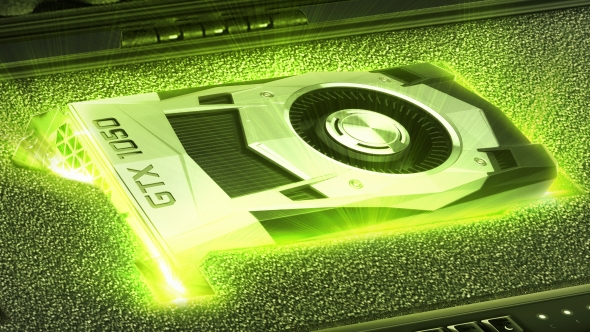 Update May 21, 2018:  Nvidia have officially (quietly) unveiled their latest graphics card. But no, it’s not a shiny new GTX 1180, it’s a bizarre GTX 1050 hybrid, with a faster, more powerful GPU, but a bizarrely hobbled memory subsystem.

The new 3GB version of the GTX 1050 sports a higher specced version of the Pascal GP107 GPU, with 768 CUDA cores compared with the standard 2GB variant, which only has 640 inside it. That puts its GPU  configuration on the same level as the speedier GTX 1050 Ti, but in another weird twist it also has higher boost and base clock speeds than either of the other two older cards.

Graphics card at the end of its life? Here are the best GPU available today.

On the GPU front, then, everything looks rosy, but the memory configuration is where things look a little less pleasing. Despite having more GDDR5 memory than the standard GTX 1050, this 3GB version only utilises a 96-bit aggregated memory bus and therefore has a much lower memory bandwidth than any other GTX 1050 card that’s been created before. 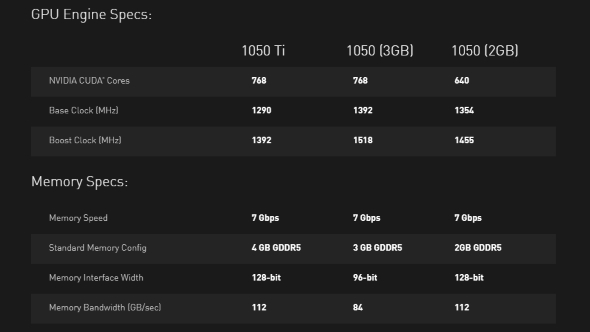 The newer GTX 1050 3GB is listed on Nvidia’s site using the same 7Gbps memory, but seemingly only using three 1GB GDDR5 modules, which then only support an aggregated 96-bit memory bus. The 2GB version divided its memory capacity over four chips allowing it greater memory bandwidth and support for the full 128-bit bus.

How that weaker memory performance will affect the pace of the new GTX 1050 3GB will be interesting to see. The 3GB version of the GTX 1060 has similar levels of gaming performance to its 6GB cousin, however, despite the lower capacity that card uses the same overall memory configuration and therefore has the same memory bandwidth.

Original story May 9, 2018: In a continuing trend for Nvidia, the GPU giant are looking to put together a new graphics card product specifically for the massive cybercafe market: the GTX 1050 3GB.

Chinese language site Expreview reported at the end of last year that a cut-down variant of the GTX 1060 from six to five gigabytes of memory was on the way for gaming cafes. That very same site have now reported that Nvidia are prepping another new GPU iteration for the cafe market.

The regular GTX 1050 features only 2GB of GDDR5 memory, although the proposed version supposedly increases the memory capacity of the card up to 3GB of GDDR5. This would slot right between the current GTX 1050 and the GTX 1050 Ti, which features a higher CUDA core count and 4GB of GDDR5 memory.

This new memory configuration isn’t without potential drawbacks, however. Nvidia will likely utilise three 1GB chips paired with 32-bit memory controllers. The GPU silicon itself is capable of a supporting an aggregated 128-bit bus, which could then leave some of the cards potential memory bandwidth dormant. Instead, Nvidia could implement two 512MB chips in lieu of a single 1GB chip, and nullify the memory bandwidth issues – although this will likely incur greater cost to manufacture, which is kinda against the point. 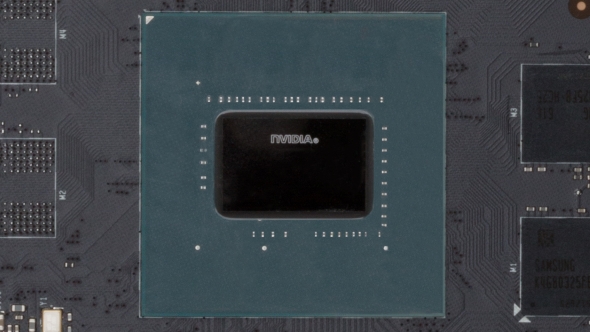 This reconfigured card will likely be a niche-fit for gaming cafes, and that also means we won’t see this card reach store shelves for regular consumers to purchase. The next major GPU launch for us gamers then will be Nvidia’s Volta then – whenever that may be.