Cheap Nvidia GTX 1060 graphics cards bought on Ebay are turning out to be old GPUs of the Fermi generation. These dodgy graphics cards use some software and hardware trickery – such as renaming the GPU in the BIOS and scratching off GPU IDs – to pose as genuine Pascal cards. They’re being listed with lower-than-low price tags on the online marketplace that really are too good to be true.

The fake GTX 1060 3GB cards, often coming from China or Malaysia, are selling for as low as €54 right now. The GPU at the core of these processors is not even of the Pascal generation, instead these cards come with a comparatively ancient Fermi GPU from the GTS 450, which launched back in 2011.

Aside from tearing off the heatsink and taking a look for yourself, there are a few telltale characteristics that will help discern the wheat from the chaff. One such sign of phony cards is the inclusion of a VGA connector, a callback to a display standard Nvidia has long-forgotten. Another indicator of these sham cards is that there’s an SLI connector, implemented for dual-wielding GPUs, on the PCB – that’s a feature that never made it onto the GTX 1060.

And, of course, the price is one of the biggest red flags out there. As the in-depth expose from c’t magazine states, that price is far too generous for a GPU of the GTX 1060’s calibre in 2018. These cards rarely sell for under €200 new, with anything sub-€150 a bit of steal in this day and age. 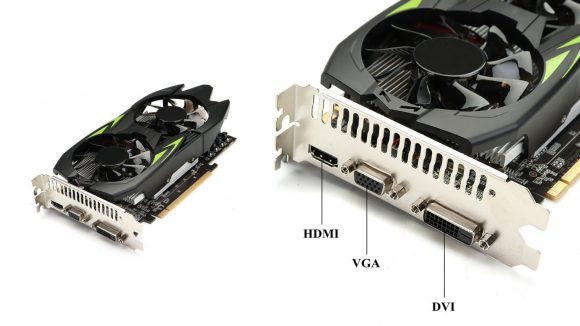 The report claims a flood of fake GTX 1060 graphics cards have been made available on the marketplace, and the German media outlet bought eight cheap graphics cards to test this hypothesis. All eight turned out to be fake, and despite these cards appearing to be GTX 1060s when installed in a PC, the drivers and specs of the GPU all appear incorrectly, indicative instead of a GTS 450 GPU.

Returning the fake cards proved to be a long, drawn-out affair also, with the sellers offering falsehoods to cover their rears and demanding the buyer pays for the return shipping for China. After various avenues of chasing down the sellers and reopening cases ruled against the buyer, c’t finally managed to find some reparations for some of the fake cards it purchased. The outlet does go on to report that few sanctions, if any, were subsequently issued against the sellers.

At least the fake cards seem somewhat noticeable if you know what to look for, and are familiar with Nvidia’s GTX graphics cards. However, without serious sanctions and action to remove these listings, users unfamiliar and looking for a bargain may find themselves victims of scammers on the marketplace peddling ancient GPUs as new.

We’ve reached out to Ebay for elaboration how it deals with counterfeit products on its marketplace, and about how it protects its customers from scammers. We will update if we hear anything back.