Nvidia has announced that GeForce graphics cards will be the PC platform of choice for EA and DICE’s Battlefield V… and if you don’t get it free when you buy a next-gen GTX 1180 I’ll eat Jacob’s neatly topiaried Japanese desk grass.

The announcement sees the franchise moving from Radeon to GeForce, and Nvidia has already got some of its own engineers in place, working with the the Battlefield V devs at DICE. As well as meaning there will be day zero Game Ready drivers in place for the PC version when it launches on October 19, Nvidia has also said it’s “working on integrating cutting-edge technologies, optimizing performance, and creating the definitive PC experience.”

The best Battlefield V experience will surely be on the best ultrawide gaming monitor, right?

Unfortunately that probably means it’s going to be too early for it to be one of the first games to launch taking advantage of the new Nvidia RTX real-time raytracing technology. And given that Metro: Exodus has been delayed until next year it’s looking increasingly unlikely that we’ll actually see the RTX goodness appearing in-game this side of 2019.

There is a whole lot of vegetation in the Battlefield V trailers we’ve seen so far, so maybe there’ll be some lovely Turf Effects dropped in there to really cripple your frame rates… unless you’ve got a next-gen GTX 1180, of course. We’re expecting the next generation of Nvidia graphics cards to appear around August / September this year, so it would be a huge surprise for Battlefield Vnotto be used as a freebie when its launch rolls around a month or so later. 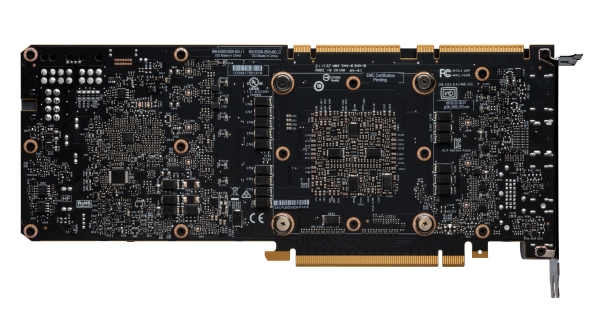 Though given that there’s going to be more destructible environments, along with player-created fortifications, it would make sense for the physics power of Nvidia’s Gameworks to be brought to bear on the Frostbite engine too.

Quite what DICE will end up using is still up for debate, however, but there is some concern among AMD Radeon gamers that the specific optimisations that DICE end up dropping into the PC will adversely affect the game’s performance on their systems. Realistically, with the game likely to be heavily optimised for AMD GPUs for the consoles, that’s unlikely, especially after the work the developers put in with Battlefield 1’s engine when it was a Radeon title.

But the fact that EA and DICE have jumped ship from the red side to the green side of the graphics divide is interesting. I wonder how much money changed hands…