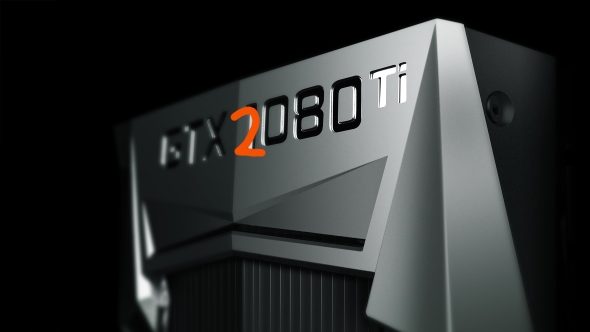 Yes, it’s true*, the Nvidia GTX 2080 Ti has appeared in an online benchmark database in a way that is absolutely guaranteed** not to have been in any way faked. An Ashes of the Singularity benchmark has shown up online which shows the next high-end GeForce GPU nailing the Crazy 1080p benchmark preset.

And delivering essentially the same score in DirectX 12 as a GTX 1080 does in the same benchmark using the Vulkan API. If that doesn’t make it completely believable then how about the GPU name showing up with the suffix ‘special supply for GSS’? Now you must be convinced, right?

Want to see the best GPUs you can actually buy? Check out our pick of the best graphics cards around.

The benchmark was picked up by Tum Apisak, who is all about benchmark leaks, though he does seem to be questioning it. I can’t think why he would be, because there is absolutely nothing about this appearance in the AotS database that could be faked, surely. That level of  GPU forgery would require some sophisticated supercomputer on the level of the Nvidia Volta-powered Summit machine. I expect.

Okay, now there is a chance that somehow the user, Nagato, has spoofed the GPU ID on his GTX 1080 to instead display the GTX 2080 Ti moniker, but I don’t know how to do that, so it’s probably borderline impossible. Instead I’m just going to assume the benchmark Tum Apisak has found is completely legit and state that this is categoric proof that the next generation of Nvidia graphics cards is going to be using the 20-series designation. 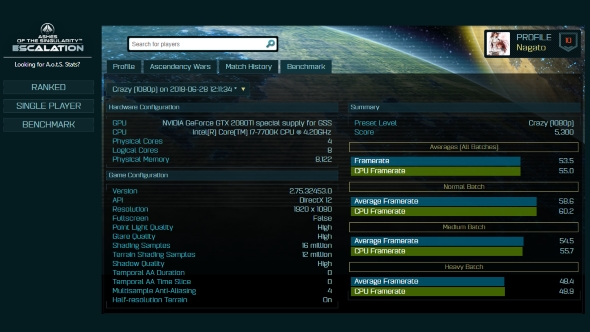 There’s been a lot of debate since we all started talking about the next-gen GeForce graphics cards about what exactly they would be called. Some people assumed that Nvidia would carry on with the boring numerical order of GPU series, with the 10-series Pascal cards being followed by a new 11-series.

We can completely ignore that now, as this is cast-iron proof that Nvidia is indeed going to be producing the GTX 2080 along with this GTX 2080 Ti, and presumably a GTX 2070 and GTX 2060 too.

There have been some people calling into question the benchmark’s legitimacy given that the user has never even had a single match in AotS. But that could just mark Nagato out as a pre-release tester, and anyway, has anyone actually played Ashes of the Singularity? I genuinely thought it was just a fake game attached to a benchmark AMD liked to wheel out occasionally…

Some might also suggest that it’s odd for GTX 2080 Ti performance to have been leaked before the GTX 2080, given that Nvidia passim has the Ti version of a new generation of cards coming around six months after the initial launch. Those same people might even suggest that a GTX 2080 Ti delivering lower frame rates than a GTX 1080 Ti in the same benchmark would also render this leak unreliable, but I say fie and balderdash to that.

Now we just need to figure out what that ‘special supply for GSS’ means. Gullible Silicon Sycophants, maybe?

* it’s most definitely not true.
** not actually a guarantee.