You can now grab a free copy of Monster Hunter: World with purchases of GTX 1060, GTX 1070, and GTX 1070 Ti graphics cards. The promotion, called “The Hunt Begins”, starts today and will run until November 29, with select retailers across the world running the offer on Nvidia’s Pascal generation graphics cards.

Yes, despite Nvidia releasing a brand new RTX 2070 just last week, the graphics card company is still dead set on shifting some more of its last generation cards. While the GTX 1070 has been ostensibly replaced by the RTX 2070, it’s largely in name only. Turing replacements for Pascal’s mid-tier and entry-level graphics cards have not yet been announced, and the GTX 1060 remains the best volume seller from the green team for the time being.

With the intention behind the promotion that you play the latest monster slaying epic on your shiny new add-in card first, you’d best get to grips with the performance you can expect from the mid-range Pascal lineup. Monster Hunter: World can be quite demanding, with the GTX 1060 fairing best on the ‘high’ graphics setting at 1080p if you want a steady 60fps or above.

The GTX 1070 can manage a little more oomph at 1080p for the very highest fidelity, and also fairs a lot better at 1440p. However, the GTX 1070 Ti, with a GPU almost identical in stature to the GTX 1080, is the weapon of choice for 1440p. 4K and beyond requires considerably horsepower out of the realms of the cards included in the bundle. 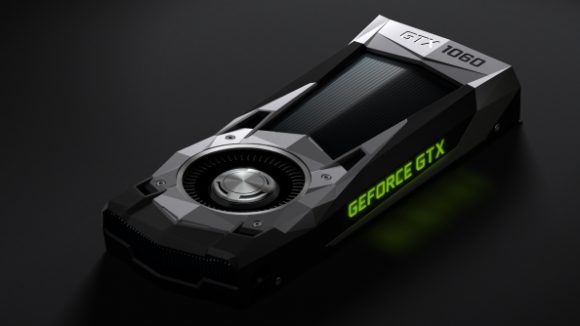 All codes distributed through the deal are valid for a single copy of Monster Hunter: World PC Standard Edition. The offer seems to be valid across any purchases made either on or via the Nvidia store, or through participating retailers depending on your region. You can check out the full bundle here.

While the mid-range doesn’t look to be receiving an architectural face-lift anytime soon, competition is still heating up intensely. AMD has been heavily rumoured to be prepping a brand new mid-range graphics card, expected to be named the RX 590, for launch in the very near future. This could be a move to jump on the mid-range market that Nvidia has so far left behind with its Turing architecture, although it may soon launch a GTX 1060 equipped with GDDR5X memory in response.