Rejoice! Nvidia graphics cards are back in stock below MSRP! Despair. That means it’s still going to be a while before they release a new generation of graphics card. Sigh, where’s my Nvidia Volta GPU?

Check out the pricing for the best video cards available today.

Nvidia have tweeted out pictures and gifs of GeForce-branded (totally not faked) shipping containers and shelves being stocked with new 10-series graphics cards. Which is kinda great, and means we’re starting to see affordable GPUs hitting the market across the globe.

We reported last week the GTX 1080 was below it’s recommended launch price, and now the rest are following. The Nvidia GTX 1060 6GB is finally back below MSRP and you can now pick one up for under $300 / £250, which is about what you might have expected to pay this time last year. Remember those halcyon days before the gaming GPU market was eviscerated? Yeah, good times…

To be honest this doesn’t really feel like something to celebrate, but in the context of the current GPU pricing problems, having one of the most popular mainstream graphics cards back to the level it was this time last year still feels like a bit of a win. 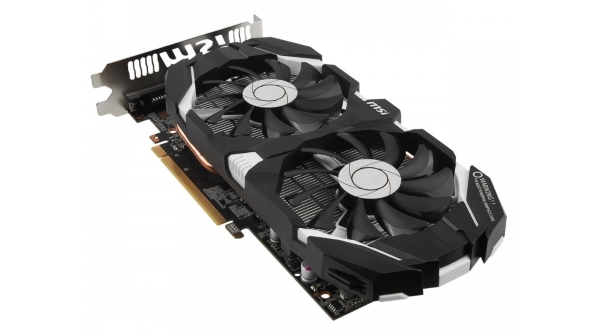 There has also been a big push by the GeForce gang to get their own store stocked in the US, with all the Nvidia graphics cards now available for their standard price. You might have to be quick as they do tend to sell out quickly, the empty digital shelves at the UK version of the store is testament to that.

Nvidia tweeted out last night a definitely genuine picture of a boat laden with GeForce-branded shipping containers. Jacob thinks it’s photoshopped, but I’m positive it can’t be. I mean just look at it, obviously a genuine picture. Maybe…

Some people have taken this, and the announcement of a May 30 GTC Taiwan keynote by Jen-Hsun Huang just before Computex, being a sign of brand new graphics cards arriving soon. But if 10-series GTX cards are starting to flood the shelves at retail again that’s a pretty big hint that new GPUs are a way off.

If they’re were anywhere near getting new Nvidia cards ready for retail there wouldn’t be such a push, or such a fanfare, about getting last-gen stock replenished. In other words, don’t expect to see anything new, whether that’s a GTX 2080 or GTX 1180, from Nvidia until at least September.