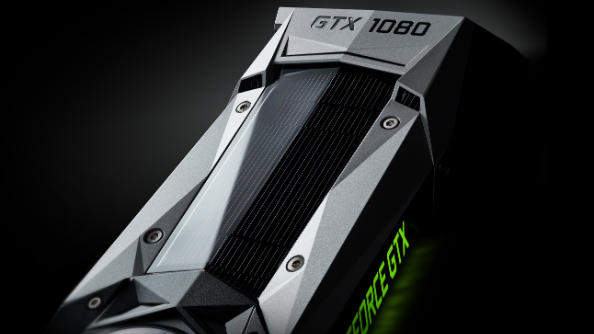 It’s bad news for anyone who just bought four GTX 1080s and was hoping to get them all chugging away to make CS:GO run at an even more unneccessary fps. After PC Perspective experimented with a 4-way SLI setup and contacted Nvidia for comment, it transpires that although you no longer need to download an “enthusiast key” from Nvidia to enable SLI beyond two cards, the company simply won’t be supporting more than two card setups in all but a few very specific applications. 4-way SLI gaming is off the table.

You know what three or four cards would have come in handy for? Running the PC’s best VR games. Demanding bunch.

If you do have more than two GTX 10-series cards currently, you’re only able to configure a two-way SLI using the GeForce control panel. The old-fashioned way. The prior understanding of the community was that Nvidia would at some point release an ‘enthusiast key’ to download which enables three and four cards working in SLI.

With the GeForce 10-series we’re investing heavily in 2-way SLI with our new High Bandwidth bridge (which doubles the SLI bandwidth for faster, smoother gaming at ultra-high resolutions and refresh rates) and NVIDIA Game Ready Driver SLI profiles. To ensure the best possible gaming experience on our GeForce 10-series GPUs, we’re focusing our efforts on 2-way SLI only and will continue to include 2-way SLI profiles in our Game Ready Drivers.

DX12 and NVIDIA VR Works SLI technology also allows developers to directly implement and control multi-GPU support within their games. If a developer chooses to use these technologies then their game will not need SLI profiles. Some developers may also decide to support more than 2 GPUs in their games. We continue to work with all developers creating games and VR applications that take advantage of 2 or more GPUs to make sure they’ll work great on GeForce 10-series GPUs.

For our overclocking community, our Game Ready Drivers will also include SLI profiles for 3- and 4-way configurations for specific OC applications only, including Fire Strike, Unigine and Catzilla.

What this means is that there’s no enthusiast key on the way. They’re really focussing in improving performance of 2-way SLI configurations, and as a result moving their focus away from more cards to the extent that there’s no official driver support for gaming.

There are possibilities further down the line for 4-card setups, though, and they don’t involve SLI bridges. Certain DirectX 12 titles – title, actually, since Ashes of the Singularity is currently the only game to support it – will make use of the API’s explicit multi-adapter feature. This allows cards of different generations, specs, and even manufacturers, to work together dynamically.

However, it’s unlikely that EMA will find its way into most games. It’s a lot of work on the developer’s part, and it serves a tiny proportion of a game’s audience.