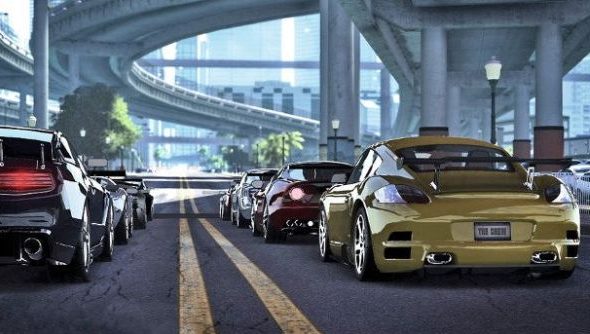 You’ll probably know the name of Nvidia’s Tegra line of processors – the tech that powers a smattering of smartphones and tablets, as well as the Nvidia Shield. The latest Tegra, the X1, boasts the same engine as a high-end PC or new console. It’s the first mobile chip to provide a teraflop of processing power – equivalent to the millennium’s fastest supercomputer.

It’s good enough to make a car “situationally aware”, say the graphics company. And so that’s what they’ve decided to do with it.

Self-driving cars have to be able to take in and make sense of all the inputs coming at them via a mobile supercomputer. Nvidia’s supercomputer will be the DRIVE PX, announced at CES – a board made up of two Tegra X1s that can connect up to 12 in-car cameras and process 1.3 billion pixels a second.

That means the PX will be able to process the images flying by a car on all sides, and store that information in a data recorder inside the vehicle. Nvidia say it’ll then know what to do with those inputs thanks to Deep Neural Network detection – a form of “GPU-accelerated deep learning” through which the system can learn to identify objects “better than most humans”.

The network will be able to match up a moving silver streak with its knowledge of Audi A7 sedans, for instance, or register a pedestrian partially blocked by a car.

Most of this tech belongs in not-so-near-flung future – Nvidia are waiting for driver assistance radars to be replaced by smart cameras that can warn drivers of speed cameras, upcoming congestion, and breaks in the traffic all at once. For now, they’re launching the DRIVE CX: a digital cockpit computer that can process about 17 megapixels (about two 4K screens).

They’ll still do PC stuff as well, of course. Consider their recent support for DSR scaling on GeForce cards, and theNvidia Grid – a sort of Netflix for games.

That future, though. Can you see yourself letting Nvidia drive your car The Way It’s Meant to be Steered?