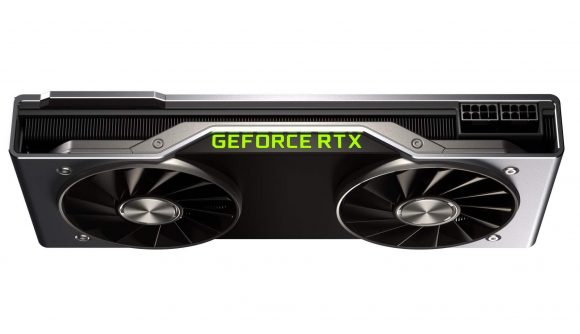 Results for an Nvidia RTX 2060 have appeared within the Final Fantasy XV benchmark. This notoriously wobbly benchmark run offers us our first glimpse of the Turing mainstream graphics card, although the initial results look less than promising for the card set to go head-to-head with AMD’s Navi sometime next year.

Now it’s worth pointing out that the Final Fantasy XV benchmark is a strange beast. I trust it about as far as I can throw it, and my PC is very heavy. For example: the RX Vega 56 beats the RX Vega 64, there are multiple unnamed Vega GPUs, and two GTX 1080’s populate the list: one that beats the GTX 1070 Ti and one that oddly doesn’t.

And the RTX 2060 isn’t all that stunning in terms of performance going by that, albeit rather skewed, scale. The supposed Turing card scores 2,589 points in the high 4K preset benchmark, falling short of the GTX 1070. It’s not all that much better than a Vega 56, either. The GTX 1060 6GB manages a score of 1,985.

There are a lot of factors playing into that score, spotted by the ever-vigilant TUM_APISAK on Twitter, not the least of which will be driver support for a card not expected to launch for potentially another six months. It’s also been put forward that this entry may indicate that of a future Max-Q design – restricted GPUs built for the mobile market – which have been rumoured for launch at CES 2019. While Max-Q results are clearly indicated as such, this entry is not. 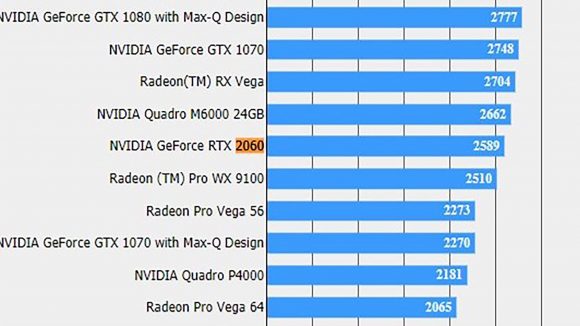 But the RTX 2060’s appearance is still noteworthy despite all that. Barring any coding trickery or fabricated scores in the FFXV benchmark’s backend, it confirms that there are mainstream Nvidia cards out of the labs and in the wild.

It also implies the green team will be continuing the RTX branding at least for the mainstream. While the RTX 2080 Ti, RTX 2080, and RTX 2070 all feature RT Cores worthy of the ray tracing nomenclature the mid-range cards are expected to ditch the ray tracing silicon, therefore would be incapable of Turing’s signature feature and potentially losing the RTX stamp of approval.

Back at its Q3 earnings call last week, Nvidia announced it was halting further shipments of mid-range cards until it could shift a backlog of GPUs left over from the cryptocurrency mining boom and subsequent bust. With so much inventory floating around the channel, the Turing mid-range looks unlikely to launch in the next three to six months. That puts it roughly in line with when we can expect AMD Navi to launch.