Nvidia’s entry-level RTX graphics card, the RTX 2070, has appeared on the Ashes of the Singularity benchmarking database. The xx70 nomenclature used to be Nvidia’s equivalent of a mid-range saloon, although with brand new ray tracing chops and a bewildering $599 Founders Edition price tag, the RTX 2070 now sits well above the GTX 1080.

Nvidia’s RTX 2070 is set for launch only a few days from now, on October 17. This RTX-enabled GPU was announced back at Nvidia’s pre-Gamescom event in August, but has been the last to make it out the door with the RTX 2080 and RTX 2080 Ti, at $799 and $1,199 respectively for the Founders Editions, the first to launch.

The AotS benchmark, running at the Crazy 4K preset, shows scores in the upper forties for Nvidia’s latest graphics card, roughly averaging out to a 48.5fps score across all runs. That’s utilising DX12 and paired with one of Intel’s hexacore i7 8700K CPUs. The overall ‘score’ attached to the result is 4,700.

TUM_APISAK, a regular benchmark truffle hog, spotted the score and grabbed a near-identical GTX 1080 benchmark for comparison. The Pascal GTX 1080, on the same Crazy 4K DX12 run, scores an average of 43.9fps, while its overall score is 4,300. 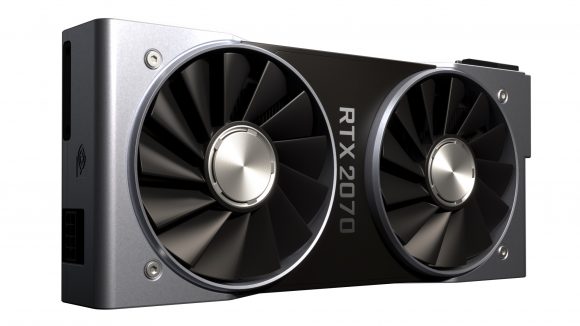 All in all, that’s roughly a 10% performance gain going from a GTX 1080 to an RTX 2070. That seems like a strong showing from the mid-range card compared to the Pascal flagship, however, when price is taken into consideration – the GTX 1080 is available right now for $470 – that 10% performance gain seems quite small in the face of a 27% price increase between a third-party 10-series GTX 1080 and Nvidia’s Founders Edition RTX 2070.

That said, the MSRP for the reference 2070 is set to be much closer to the standard GTX 1080 price, with the stock-clocked RTX 2070 GPUs designed to start at $499. Fingers crossed we’ll actually see reference cards appearing around the same time as the more expensive Founders GPUs appear.

These results will be on pre-release drivers, however, so these results may not be accurately representative of the final performance of this card. We’ll have to wait until later this week to get the full picture. 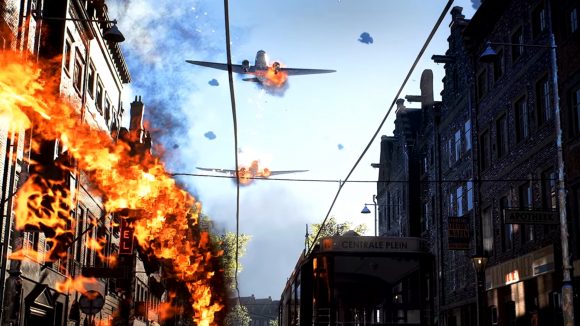 But the RTX does bring one extra to the table, albeit one that’s currently unavailable to consumers as of yet. That’s hybrid ray tracing, the hero feature of Nvidia’s Turing architecture. With Nvidia indicating that blasting billions of rays around a frame is tough going for anything unable to hit the six Giga Rays/s computation mark, and with the RTX 2070 managing to hit that on the dot, any future 20-series GPUs, such as an RTX/GTX 2060, might forego the next-gen feature altogether.

Nvidia were surely hoping for ray tracing to be available in games at this point to start a fervour that would lend nicely to the entry-level ray tracing card’s release. However, with Microsoft rolling back the update that released DXR to the public, and with in-game support still in the shadows, that’s not to be.

All this means that the RTX 2070 makes for a leap of faith for consumers – betting on ray tracing, and this card’s six Giga Rays/s of performance, being worth their weight in gold once the technology comes to the fore. Full benchmarks are incoming later this week.