Who doesn’t like immortalising that moment they went off in a multiplayer shooter, or finally beating that sticking-point boss in an RPG? No-one, that’s who, but it’s a bit of a faff starting up your chosen capture software, especially before an event that hasn’t happened yet. Nvidia reckon they’ve got the solution, though.

Considering Lawbreakers? Learn the basics with our Lawbreakers class guide.

Highlights-enabled games will identify your best moments – such as beating a boss, completing an achievement, or going on a killstreak – and automatically capture them via video and screenshot using Nvidia’s ShadowPlay technology. In LawBreakers, for instance, in-game menus will let you review a highlight reel to relive or share those moments.

Nvidia haven’t explained how this works, but we’re guessing devs will be able to write hooks for such moments that will start recording as you, say, attempt a boss run or start a multiplayer match, then delete the footage if you don’t do anything impressive.

You can read more about ShadowPlay Highlightshere. Hopefully LawBreakers is the first of many games to support the feature. Matt had a few recent thoughts about Overwatch’s influence on Cliffy B’s latest game, which you can read here. 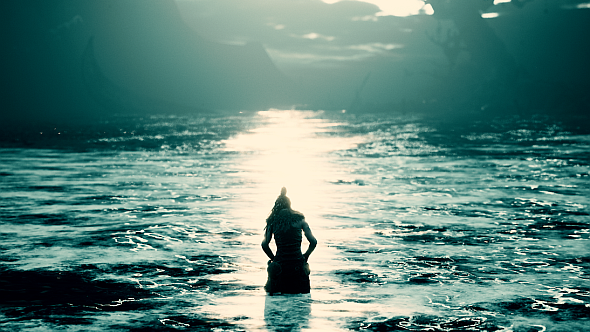 On the subject of capturing stunning moments from games, Nvidia also reminded us about Ansel, their new tool to support aspiring videogame photographers. It will help you compose your screenshots from any position, adjust them with post-porcess filters, capture HDR images in high-fidelity formats, and share them in 360 degrees via phone, PC, or VR headset. That’s right; it can do VR as well. You can read more about it here.