Bethesda Softworks and Arkane Studios’ stealth-infused action epic, Dishonored 2, arrives on PC this week with a gripping new storyline set fifteen years after the conclusion of the first game where a deadly usurper threatens the throne of the Empress Emily Kaldwin.

The anticipated sequel boasts a slew of all-new gameplay features including the freedom to tackle missions either aggressively or stealthily as Dishonored 2’s duo of playable protagonists, Corvo Attano and Emily Kaldwin.

The PC edition of Dishonored 2 also launches today with a variety of advanced graphical technologies and enhancements designed to take advantage of systems equipped with high-end GPUs such as a NVIDIA GeForce GTX 1080 or GTX 1070. 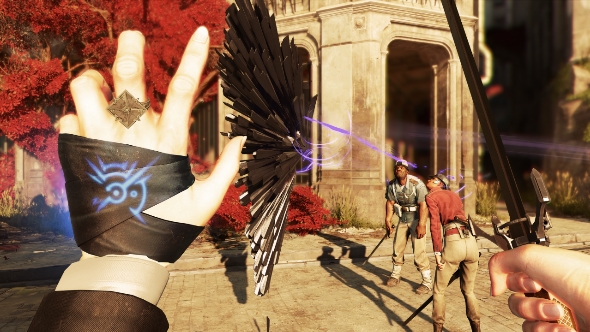 In addition to having the recommended GPU—a GTX 1060 or above—you can ensure you’re getting the best possible performance and visual quality with GeForce Experience (download it free) installed on your rig.