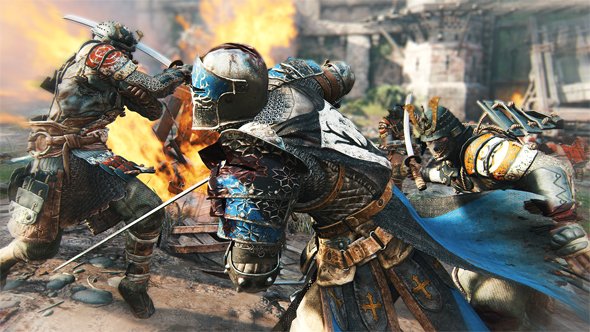 For Honor is one of the most exciting combat games to come along in quite a while, and players have delighted in spending dozens of hours chopping one another to bits as they participate in large-scale sieges. If you’re thinking you’d like to join in on the fun, you’re going to want to get up to speed quickly. Fortunately, there’s a new video that highlights some important info to keep in mind as you work to forge your future within For Honor’s world. You can watch the video in its entirety below.

The first thing to note is that there are three distinct historically-based warrior factions—knights, vikings, and samurai—that will meet on the field of battle. They each offer their own general style of play, with four types of heroes available for each faction that double down in particular areas. Once you know how the different factions and hero types play, you’re in a better position to formulate the strategies that you will use against each adversary.

The game also boasts an extensive campaign, which you can complete either alone or with a friend for support. While the campaign is interesting, perhaps its most important aspect is that it acquaints you with the skills you will need to use in order to find victory in the PvP sieges.

Multiplayer is definitely where For Honor shines, and it does so with four distinct modes that suit a variety of play styles. Dominion has players score points by defeating adversaries and then claiming and keeping strategic points on the battlefield. Skirmish mode functions more like a traditional deathmatch map. Elimination does away with re-spawns and then pits players against one another in a best-of-five series. Then there are the similar Duel modes, which are more intimate but still incredibly tense.

If you don’t yet own For Honor right now, perhaps because you’re looking to upgrade your PC tower or secure a new laptop, you’ll want to pay close attention to the video’s conclusion, which shares how you can purchase qualifying GTX hardware and get a free digital copy of For Honor, just in time to join your friends in glorious battle (go here for more details on the bundle). Then all that’s left to do is attend to the simple matter of choosing the faction that suits you best. Will you be a knight, a viking, or a samurai?