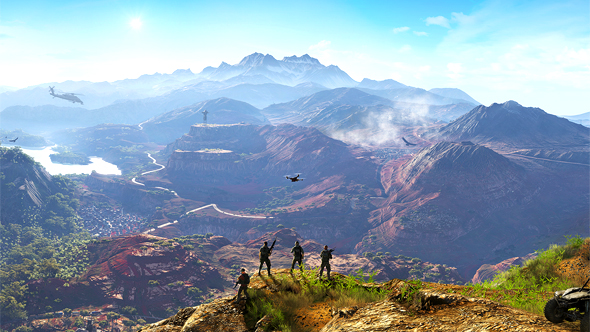 Ubisoft’s recently deployed open-world tactical shooter, Tom Clancy’s Ghost Recon: Wildlands, drops players in the lush, sprawling and perilous lands of Bolivia now controlled by drug cartels. Even if you’re a seasoned veteran of the Ghost Recon series, the latest game introduces a slew of all-new enhancements and features you should be aware of before diving in.

From tackling campaign missions during its intense four-player cooperative mode to upgrading your squad’s capabilities on the field using skill points, the following video details five key things every player should know about Ghost Recon: Wildlands.

If your game library isn’t already armed with Tom Clancy’s Ghost Recon: Wildlands—and are looking to make the most out of its strikingly detailed visuals and action—good news: you can still score a free copy of the game on PC by upgrading your system to a qualifying GeForce GTX 10-series GPU. But if that offer sounds enticing at all don’t wait long as it ends soon.