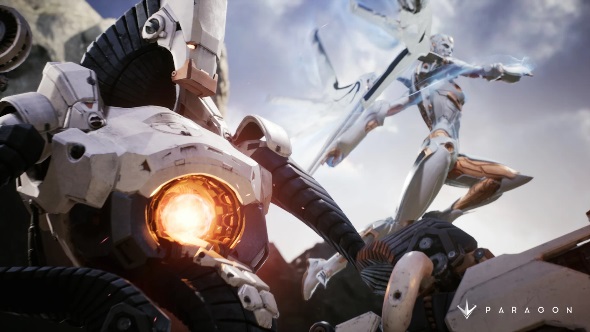 Epic Games’ Unreal Engine 4-powered Paragon is one of the most visually stunning and massively anticipated multiplayer online battle arena (MOBA) games on PC this year. And now you can score a variety of premium in-game rewards in Paragon valued at $115 with NVIDIA’s Paragon Game Ready Pack by purchasing a new qualifying GeForce GTX GPU or notebook.

In Paragon, two teams comprised of five players each engage in battle with the ultimate goal of wiping out enemy units and destroying the enemy base’s core. Paragon, however, changes up the traditional MOBA experience with its visceral third-person perspective that introduces a greater emphasis on action its developer Epic Games is known for delivering with blockbuster franchises like Gears of War and Unreal Tournament. 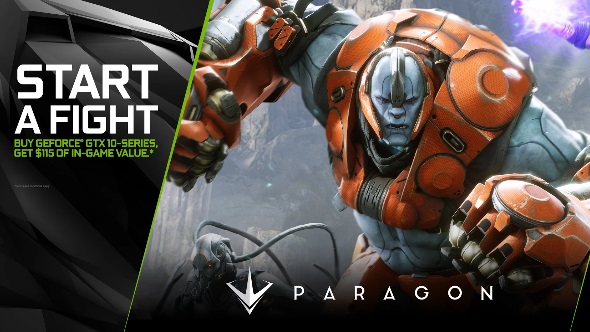 Players earn experience points and card points for destroying enemy heroes and towers in battle, which can then be used to unlock a variety of in-game upgrades and boosts. Epic Games has also specifically designed Paragon as a MOBA experience that rewards players for putting in the hard work and being victorious in battle rather than featuring a “pay-to-win” model.

For a limited time, if you purchase a new qualifying NVIDIA GeForce GTX GPU you will reap some genuinely worthwhile content including 1,000 Paragon Coins, which is the in-game currency used to unlock Master Challenges, skins, boosts and more. GPUs that qualify for the new bundle include the NVIDIA GeForce 1080, 1070, 1060, 980 Ti, 980 and 970 as well as the newly unveiled GTX 10-series notebooks. 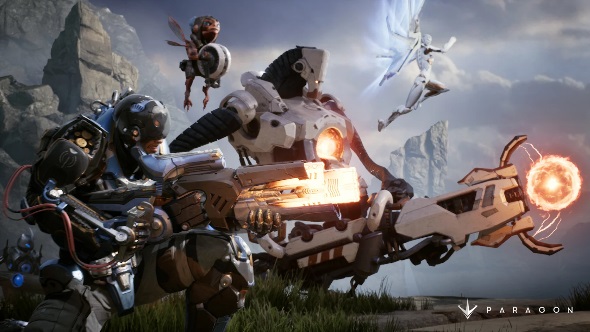 Paragon’s UE4-bolstered visuals and effects look stunning in action and take advantage of the GeForce GTX GPUs included in the new Game Ready Pack. Epic Games recommends you play Paragon with a GTX 980 or above, although you can get high-quality 60fps+ visuals with a GTX 970 according to their testing.

If you would like to claim the rewards featured in the new Game Ready Pack for Paragon, you can purchase a qualifying GeForce GTX GPU from a variety of retailers and e-tailers.