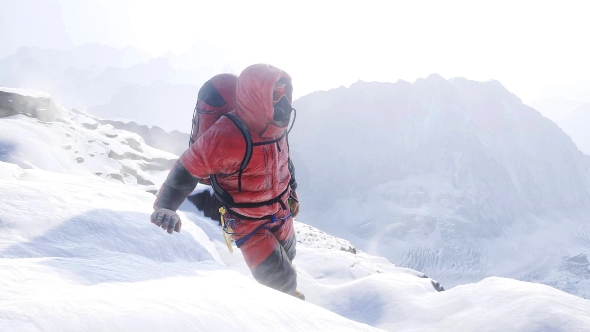 Recreating the world’s highest peak in VR—like scaling Mount Everest’s summit in the real world—is certainly no easy feat, but thanks to a collaboration between game developers, NVIDIA and special effects artists, you can get a taste of what it’s actually like to scale our planet’s highest mountain in Everest VR now available on HTC Vive.

In order to create Everest VR, Icelandic developer Sólfar Studios teamed up with special effects house RVX, whose work has appeared in projects including the Academy Award winning film, Gravity. Sólfar Studios and RVX partnered NVIDIA to leverage technologies including VRWorks to bring the experience of climbing Mount Everest to life.

The first stage in creating a convincingly realistic VR version of Everest involved stitching together a staggering 300,000 high-resolution images of the mountain by a process called photogrammetry. Next, RVX utilized GeForce GTX TITAN X GPUs to create a GPU-accelerated 3D point cloud of the mountain. A 3D mesh and textures suitable for the demands of real-time VR was overlaid and the final model was rendered with Epic Games’ Unreal Engine 4. Then came the painstaking job of going in and touching up individual textures, which was in itself a mountainous task.

With the model of Everest in place the next step was to add an additional sheen of realism to the chilly mountain environment. NVIDIA Turbulence, a standalone particle effects tool, was used to create realistic snow effects and snowstorms that behave in exactly the way they would in the real world with flurries of snow particles reacting to objects passing through them. The developer also utilized NVIDIA VRWorks technologies like Multi-Res Shading to bring an unprecedented level of visual fidelity to Everest VR. 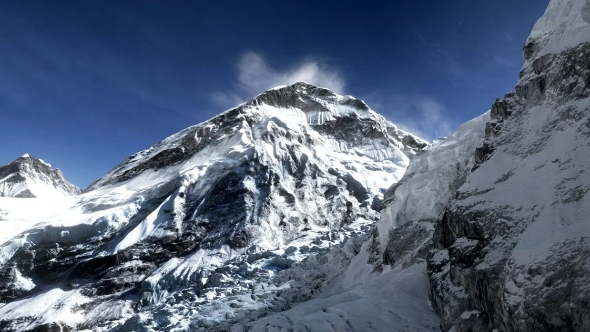 A full ascent of Mount Everest is a long and arduous undertaking and perhaps wouldn’t make for the most compelling VR experience, so in Everest VR players are instead presented with several key stages of the mountain to tackle. These include the departure from Base Camp, the Khumbu Icefalls and their treacherous crevasses, the imposing Lhotse Face and the famous Hillary Step where you find yourself winding your way between icy slopes and rocky cliffs. Finally, you get to take part in the final ascent to the summit to find yourself at the highest point on Earth.

While the scenery is truly spectacular and much of your time will be spent marvelling at the grandeur of the mountain, this is very much an interactive, hands-on experience. Using the HTC Vive’s controllers you will carefully bridge dizzyingly deep crevasses, pull yourself up alarmingly rickety ladders, utilize your climbing gear and interact with the other members of your expedition.

Everest VR represents a unique opportunity to explore one of the most iconic locations on our planet demonstrating that virtual tourism is one of the compelling uses of VR. All you need to begin your expedition is the HTC Vive hardware and a VR ready PC equipped with an NVIDIA GeForce GTX 970 GPU or better. The recently unveiled GTX 10 series will also grant you the best possible visual fidelity and performance in VR.