Never Alone is without a doubt one of the most charming games we’ve played. And not only that, the gameplay in this puzzle-platformer – both in single-player mode and when played with a friend in co-op – turns out to be a genuinely joyous learning experience. It is quite some achievement, for a game to teach you the historical stories and folklore of a whole other culture. And it is easily one of our favorite family-friendly games on the NVIDIA SHIELD Android TV to date. 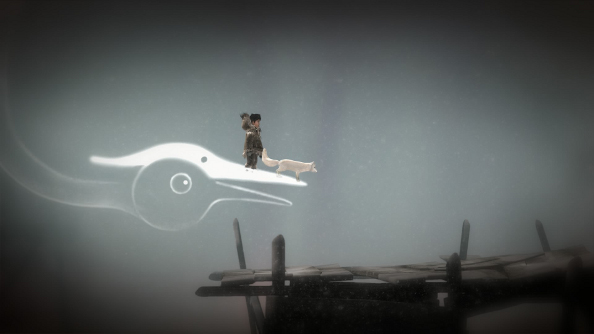 Never Alone is the result of a creative partnership between the elders and storytellers from an Alaskan Native community and a group of game development industry veterans. The developers clearly treat the folklore with a deep respect and have managed to create an interactive fable that is based around the story of a young native girl named Nuna and her Fox friend, as they set out on a quest to solve the puzzle of the blizzards destroying her homeland.

If you choose to play the single-player version of Never Alone, you’ll have the option of switching between Fox and Nuna as you progress, jumping over gaps in the ice and making the best use of each other’s skills in order to navigate the puzzles that block your movement through the game. Nuna is adept at climbing and can shift heavier objects that block your path, while Fox is, as you would expect, better at squeezing through tiny holes and tight spots, clambering up walls and jumping impressive heights. Oh, and Nuna also packs a bolo, which is a throwable weapon she can use to smash icy obstacles that block the way.

The single-player experience is great, but it is most definitely worth investing in an extra NVIDIA SHIELD game controller, if you don’t have one already, to play through the game in co-op mode with a friend or family member. And while the game’s difficulty level is probably won’t seem massively challenging to an experienced gamer, it is the desire to progress through the story that really matters in Never Alone. 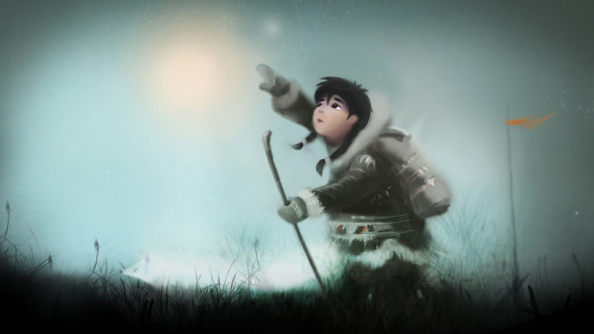 After all, this is a game that is aiming to stay true to the storytelling of the community elders, something that it achieves with aplomb. One of the nicest touches in this regard is the voiceover narration, which is in native Iñupiaq, adding a real sense of authenticity. Which is why there’s little wonder, once you’ve played Never Alone for more than ten minutes, that it won this year’s coveted 2015 BAFTA Award for Best Debut Game.

Never Alone is the first game from the developer in an exciting new genre of what they refer to as “World Games” – telling stories about unique cultures “to create complex and fascinating game worlds”.

They’ve set the bar incredibly high for themselves with this one! Let’s hope there are many more such “World Games” to follow. For now, if you own an NVIDIA SHIELD, this is a must-buy title, particularly if you are looking for a gentle, story-based title you can play with the kids or feel happy to let them play on their own. An absolute triumph in every way. Never Alone is now available to download on Google Play for $14.99.