Now available to stream on NVIDIA SHIELD with a membership to GeForce NOW, SOMA is a blood-curdling first-person horror adventure from Frictional Games, the minds behind another critically acclaimed horror game, Amnesia: The Dark Descent.

You can always rely on Frictional Games to deliver a well written and atmospheric psychological horror game. As can be assessed from their previous games (including Penumbra and Amnesia) they are masters at putting an icy chill into the very soul of a player. They employ all sorts of little tricks to unsettle us but let’s take a look at three key ways in which SOMA is able to scare several shades of heck out of us.

The isolation felt in SOMA is total. Not just physical, but mental too. The nameless protagonist (who we later discover has gone through some pretty horrendous and tragic events earlier in his life) wakes up to find himself in a derelict and seemingly deserted research facility on the bed of the Atlantic Ocean. He has no idea what this place is, how he got there or even who he is. The technology around him is also oddly unfamiliar. He’s like a man out of place and out of time. His only option is to explore his environment in the hope that it might shed some light on his situation and his identity. It’s played in first-person perspective and sees our character physically manipulating doors, switches, objects and equipment in order to solve puzzles. Along the way he discovers documents and tapes that gradually fill in the blanks and reveal to him the true horror of his situation. 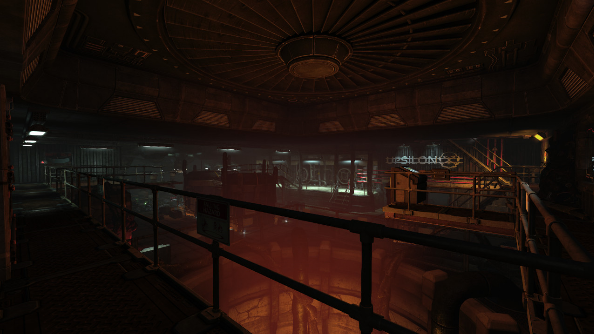 Imagine it. SOMA’s protagonist has no recollection of how he got here but because of the facility’s location deep underwater he knows he is trapped. The game’s graphics engine does a great job of rendering a convincing and hugely claustrophobic environment. It’s a place of darkness and decay, often cramped. Flickering lights add to the tension and distant sounds foretell of horrors yet to be discovered. Things get decidedly worse though. 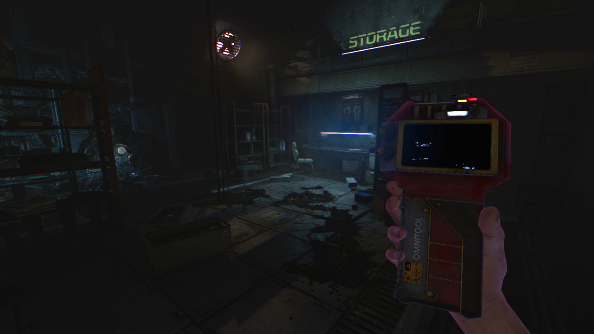 The place is not as deserted as it seems. There are a few inhabitants remaining. More worrying is when you begin to encounter corrupted inhabitants and machines that seem to have taken on human behaviors, hybrid creatures who are constructed of machinery and body parts and there’s an ever-present and clearly malevolent AI to further mess with your head. Us a regular Joe you have no special skills at your disposal and there’s a distinct lack of weapons in this particular story. This means that the gameplay here is not combat based, but involves the use of stealth to avoid the abominations that roam the corridors. Even looking at some of them directly can cause you severe psychological trauma and you become disoriented by your increasingly distorted vision and the echoing screams and mad ravings of your enemies swirling around inside your head. Even when you become inured to the shock of seeing these creatures a pervading sense of dread continues throughout the entire experience.

If it sounds like a living nightmare that’s because it is, but what a brilliant nightmare. The incredible environments, off-the-scale tension and expertly craft storyline make this an unmissable experience.

If you’re the proud owner of an NVIDIA SHIELD device, including the Tegra X1-powered next-gen SHIELD Android TV, you can stream SOMA via GeForce NOW for a special launch price of 20% off its regular full price of $29.99. Buying the game on GeForce NOW comes with an additional key to download the game on PC.