PCGamesN Nvidia Showcase posts are created in partnership with Nvidia. By Henry Gilbert.

How much do you remember about your school life? Did you do so well in class that, by the end of the year, someone liked your final project enough to develop it into a full blown video game? That’s what happened to the hard working folks at Toxic Games, as the team now preps its console release of Q.U.B.E.: Director’s Cut to premier on the NVIDIA SHIELD Android TV. And while the puzzly, box manipulation gameplay is somewhat unchanged, there’s still a lot of notable adjustments done to get the game ready for its redebut as Q.U.B.E.: Director’s Cut. 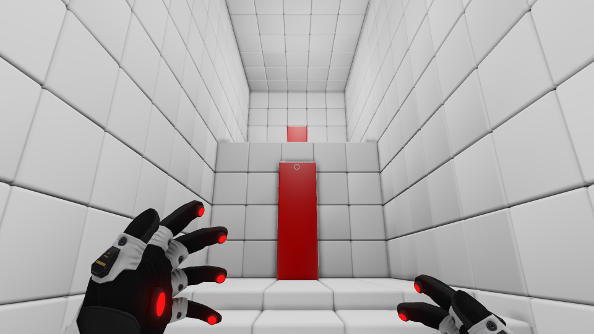 The public reveal of Q.U.B.E.’s prototype was back in the late ’00s, and it made waves instantly, thanks partially to the buzz that none of the three core developers had ever professionally written code before. The lack of experience didn’t show and the promising puzzler swiftly got picked by the Indie Fund, a gaming patron that finances other smaller-scale hits, such as Dear Esther. A larger, paid version of Q.U.B.E. came out in 2012, but the team felt like upping the ante even more when Director’s Cut came to NVIDIA SHIELD. The first thing to be added was a story.

After playing Director’s Cut, you’d be surprised to imagine it any other way, but earlier versions didn’t have the confused sole survivor awakening to the voice of a distressed woman letting him know he’s on a doomed ship.

That character is voiced by Rachel Robinson, and the actress does a fantastic job even though her character spends so much time unseen. Meanwhile, the intense Rupert Evans plays another damaged but pitiable soul that’s trapped there as well. It’s a nice dose of humanity and urgency, something that’s welcome in a perplexing ship made of many, many, MANY boxes. 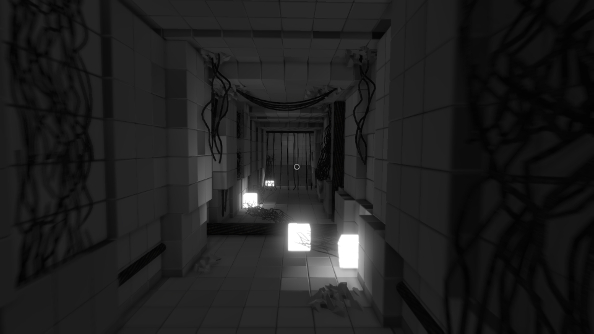 And the two are still in your ear as you search your way through some of its toughest areas. Even though it’s unclear if you’ll ever actually meet her or the distrustful, disturbed dude who’s sewing the seeds of doubt all over the mission, you come to know them very well by the end of the game. Writer Rob Yescombe even finds time to make some metatextual comments on the very nature of gaming. Pretty impressive for an added-on rewrite.

Much like the writing adds texture to the world, so does Q.U.B.E.: Director’s Cut newly added soundtrack. The score can shift from lonely to tense to reflective, all done to give you a much better feel of what’s at stake. Of course, the music also knows to take a step back when players are first getting used to the concept of solving puzzles by rearranging blocks.

Lastly, for the relatively smaller audience who figured out Q.U.B.E. in the earlier entries (or you just beat it and want more), you should at least be a little satisfied that bonus time trials have been added in. You may know that a room’s sole green cube needs to move counterclockwise to take you up the steps to the exit, but how fast can you recall that?

It’s easy to appreciate all the care in livening up an already fun puzzle game, and you can see just how far the game has come since its college days. Q.U.B.E.: Director’s Cut is now available to download on Google Play for $9.99.