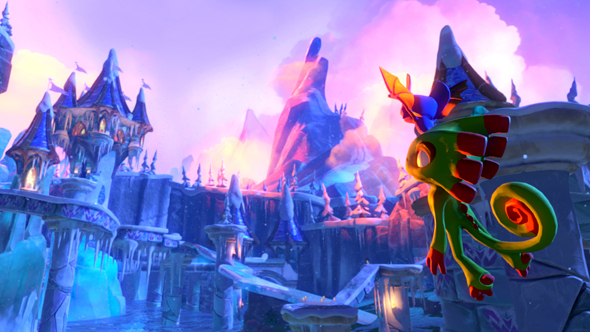 Now available on NVIDIA SHIELD via GeForce NOW, Yooka-Laylee is a thrilling new platforming adventure from indie studio Playtonic Games. The development team includes key staff members who spent time in the trenches working on the Donkey Kong Country series, as well as on beloved hits such as Banjo-Kazooie and Banjo-Tooie. Their new game is a true passion project, devoted to bringing back an excellent genre that some people didn’t even realize they missed.

In Banjo-Kazooie, players encountered gorgeous fairy tale worlds, packed to the bursting point with magical music notes, golden jigsaw puzzle pieces, a rhyming witch, fairies, and wisecracking critters. As the spiritual successor to those beloved games, Yooka-Laylee plays much as you would probably expect. You still control a heroic duo (this time a chameleon and a bat, instead of a bear and bird) and you must once again explore sprawling environments while collecting all sorts of loot that will literally expand your world. The big difference this time around is that the entire visual experience takes advantage of modern gaming hardware. 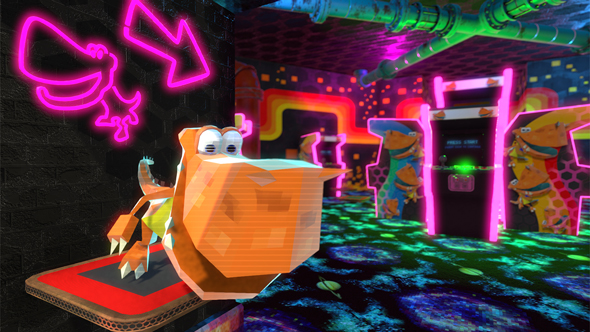 On NVIDIA SHIELD, Yooka-Laylee is a true feast for the senses. Its developers no longer had to settle for the exceptionally blurry textures that were so common in the otherwise excellent Nintendo 64 era. Here you’ll find much crisper lines and more detailed textures, along with other elements gamers know and love (such as a diverse soundtrack featuring compositions from some of the industry’s best composers).

Getting the look and sound right was only the beginning, of course, because Banjo-Kazooie always had something special that extended beyond technical wizardry.

“We’re well aware that many fans are deeply, passionately attached to our past work and in some ways probably understand and adore its intricacies even better than we do,” the Playtonic team promised in the game’s Kickstarter campaign. 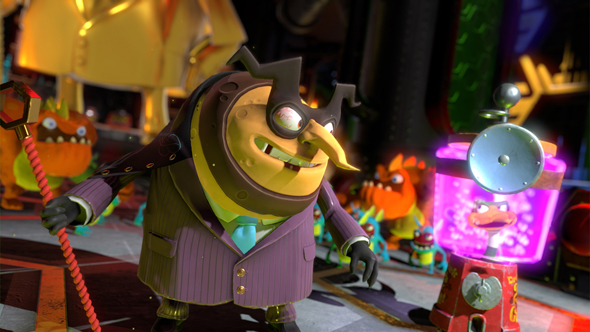 It’s clear that realization drove the game’s development in the best of ways. You won’t have to play more than a couple of minutes to witness the old familiar magic, back in place and better than ever.

If you’ve been looking for another great experience to fill your time, Yooka-Laylee is clearly worth your attention, and perfectly suited for marathon gaming sessions as you kick back on the couch with your NVIDIA SHIELD.

Yooka-Laylee is now available to purchase for unlimited streaming on NVIDIA SHIELD via GeForce NOW. If you buy the game on GeForce NOW, you will also automatically receive a code to download the game on PC at no additional cost.