Titanfall 2 is on sale now, and if you want to see it at its absolute best then the only way to go is on PC, especially if you want a full-on experience with 4K ultra high-definition visuals and action.

The game is no slouch running at minimum spec on a gaming rig with an i3-3600T processor and a NVIDIA GeForce GTX 660 running the show, but ramp up your system and things will start to really fly. Give it an i5-6600 and a GTX 1060 and you’ll get console-beating HD visuals, while with an i7-6700k and a GTX 1080 you can dive into the action in gloriously crisp 4K ultra HD at 60fps. Don’t forget to grab the latest Game Ready drivers through the new and improved GeForce Experience.

And when you’re dealing with FPS action as intense as Titanfall 2’s, you want to ensure that you don’t miss a single detail. It delivers even more explosive multiplayer action than the original Titanfall, but the big deal about this sequel is that this time around it also features a thrilling single-player campaign that’ll test your skills to the very limit.

As Militia rifleman Jack Cooper, in Titanfall 2 you team up with Vanguard-class Titan BT7274 to finish a mission they were never meant to carry out. Trapped behind enemy lines after a failed Militia assault, they need to work together to become an unstoppable fighting force in a single-player campaign packed with fresh ideas and mechanics that’ll change the way you look at the shooter genre. 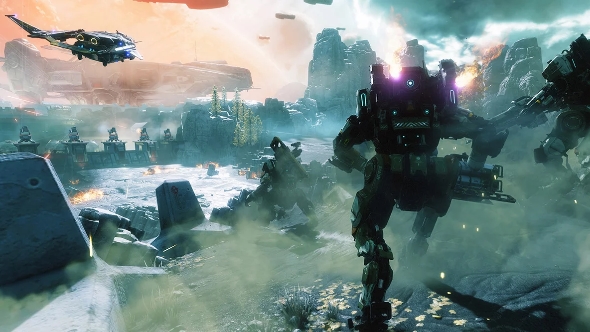 Of course, if you’re already a Titanfall fan then you’re going to be all about the multiplayer, and Titanfall 2 delivers in spades. Fast, fluid and fun, it takes multiplayer action to the next level with brand new Titans, more abilities and even deadlier technology, with plenty of personalization options so that you can fine-tune your Pilot or Titan’s loadout to create your own unique killing machine.

It’s faster and easier than ever before to get into Titanfall 2’s multiplayer mayhem thanks to its new Networks feature: an in-game social hub that serves as your home base in multiplayer mode. With Networks you can quickly get together with old friends or find new ones, and no matter whether you prefer Social or Competitive play you can create or join a Network that suits you and your team. 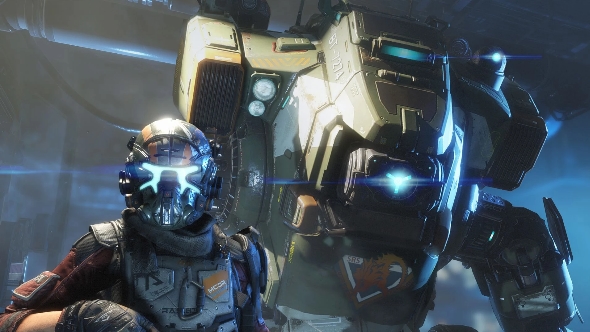 And make sure you’re around for the daily Happy Hour, during which every player in your Network gets bonus Merits that they can use to unlock in-game items faster. It’s the perfect way to scale your stats without the grind.

Titanfall 2 on PC is available exclusively through Origin, EA’s PC gaming platform that offers great PC games and features built to enhance your gaming experience. The latest version is better and easier to use than ever before, with new looks, improved performance and functionality, and an expanded friends list that allows you to add up to 2,000 friends so that you’ll never be short of teammates or opponents whenever you want to play.

Want to catch up with friends or nail down your in-game strategies? Origin offers free text and voice chat so that you can keep up with each other in-game and make sure that your tactics pay off in full-blown multiplayer domination. And if you want to show your Titanfall 2 skills off to the world, Origin also features Twitch streaming at the touch of a button.

If you ever want to take a break from Titanfall 2, Origin has you covered with a games store that’s packed with titles to suit your every mood, as well as regular special offers so that you can always grab a bargain. With its On the House feature you can play great PC games for free, and if you sign up for Origin Access membership you’ll get unlimited access to over 35 fantastic PC games, from indie classics to top-tier AAA titles, as well as the chance to try select EA games before they’re released. It’s the perfect way to expand your gaming tastes without any risk. 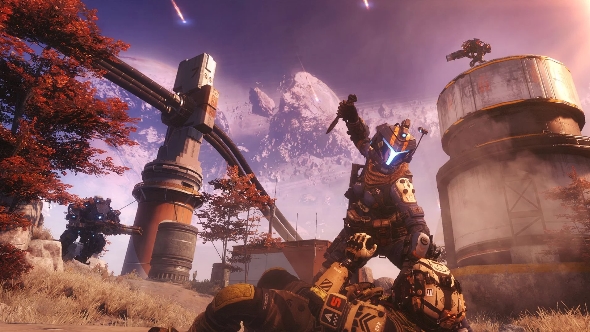 With Origin, downloading and installing your games couldn’t be easier, and thanks to automatic updates, cloud saves, offline mode and much more, you don’t need to worry about anything other than getting in there and playing. If you’re not happy with a game, Origin’s digital return policy means that you can simply get a refund, and if you have any problems then Origin’s real, live customer service representatives will be happy to help.

Origin’s the ideal accompaniment for your PC gaming and the perfect way to enjoy Titanfall 2. You can purchase Titanfall 2 now on PC by visiting the official game page on Origin.