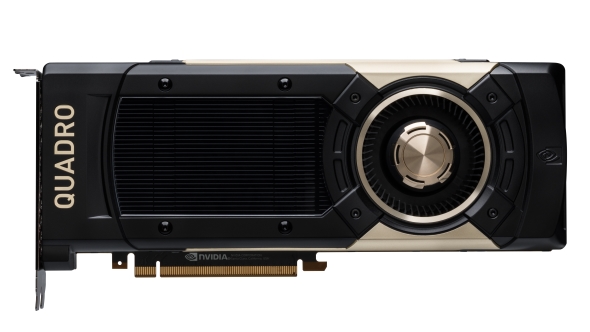 Nvidia’s GPU Technology Conference kicked off with Jen-Hsun’s keynote in front of a packed San Jose auditorium. We did see a new Nvidia Volta card too. Unfortunately not the sort we wanted. You can watch the full keynote here.

We were initially told by Nvidia that there wouldn’t be any new consumer graphics cards being launched at either last week’s GDC or this week’s GTC events. The GPU Technology Conference isn’t really a gaming-focused event and our Nvidia contacts said that it would be mostly fixed around machine learning, AI, and automotiverisation. Still, we were hoping for maybe a new roadmap, with a new GPU architecture or two.

And there had been many rumours floating around the interweb badlands that promise we’d see a launch of new GeForce cards at this very event, with GTX 1181 Turing-powered GPUs being announced and launched in the same breath.

That seemed a little far-fetched to us, and lo it came to pass. All we actually saw was a new Quadro GV100, which is essentially just the Titan V with 32GB of HBM2 and recommended to be sold as a pair. 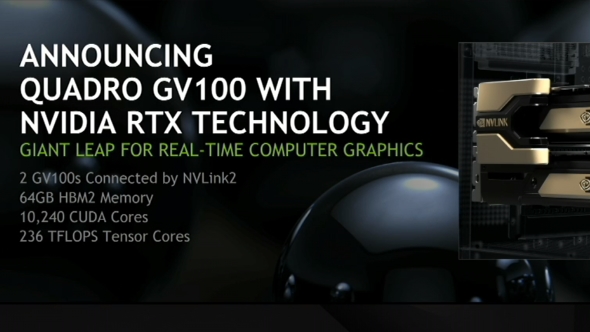 On the GPU front Nvidia also upped the ante on the Tesla V100 monster card, giving it the same 32GB of HBM2, and introduced the “world’s largest GPU” which was actually just another server box filled with graphics cards.

Okay, ‘just another server box’ is doing the $339,000 DGX-2 a bit of a disservice given that it’s filled with 16 Tesla V100 cards using a proprietary interconnect – NVSwitch – to allow all the GPUs to share the same 512GB pool of HBM2.

You can see how proud Jen-Hsun is over his new creation.

But it’s not really a GPU is it? GPU’s don’t usually contain a pair of Intel Xeon’s do they? Though it most definitely is a unit…

In terms of actual gaming-focused news there was nothing. Have Nvidia forsaken us? Well, as we said GTC is not a gaming show, but we thought it might be a little heavier on the GeForce given that there has been nothing new to show for a couple of years now.

That said, there was a little tidbit of news about Volta cards that you can jam into your gaming PC – the Titan V is out of stock. Everywhere. Fun times.