What are the best graphics cards to buy with the shelves strip-mined? Allow us to help guide you.

CCP are taking advantage of the green team’s VRWorks bundle of virtual tech, allied with the rest of Nvidia’s GameWorks gubbins, to make Valkyrie all kinds of pretty. But you’re going to have to be rocking either a GTX 1070 or above if you want to get in on the action.

There’s a whole host of techie features to confuse and excite, such as Lens Matched Rendering and Multi-Sample G-Buffer Anti-Aliasing, as well as some nifty lighting effects to make the VR experience of Valkyrie even more immersive. I mean, it’s no Last Starfighter, but it’ll scratch a few of those Death Blossom itches. 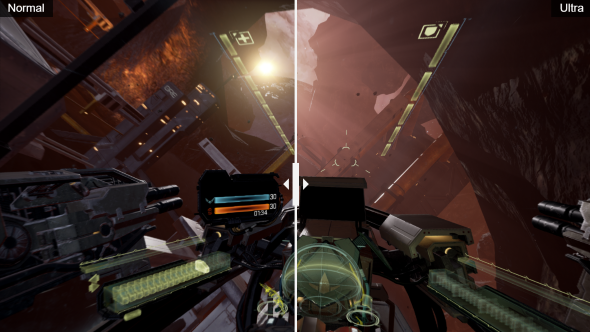 But, because it’s all so intrinsically linked to Nvidia’s proprietary VR/GPU tech, if you’re an AMD gamer then you’re kinda boned. But then, that’s all dependent on whether you’ve been lucky enough to have managed to bag their only genuinely VR-capable GPUs, the RX 480 and RX 580, before all the frickin’ miners donned their funny little spotlighting hard hats and strip-mined the component retailers of all their cards. 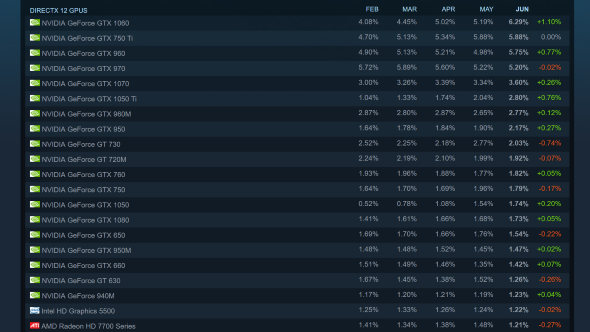 So, what the hell does AMD do? Two words:AMD Vega. Well, two words and some extraneous lettering. Most of those being ‘X’.

Vega is the next high-end GPU from the Radeon team and that’s their great red hope for VR. Don’t believe me? AMD are teaming up with HTC Vive for Gamescom this year towards the end of August, around when you might actually be able to buy an RX Vega in either of its XL, XT or XTX flavours.

Given there aren’t any RX 580 or RX 480 cards in existence that aren’t thrashing their way through Ethereum calculations (except for the ones I’m jealously hoarding in the PCGN vaults) you’ve got to believe AMD are going to be dropping a bunch of Vega-powered machines onto the HTC Vive stand in Cologne.

Both companies have got something to prove in the VR stakes, with Nvidia taking the lead in all things GPU and Oculus doubling down on its Rift price cuts, so it could be an important summer for both of them.