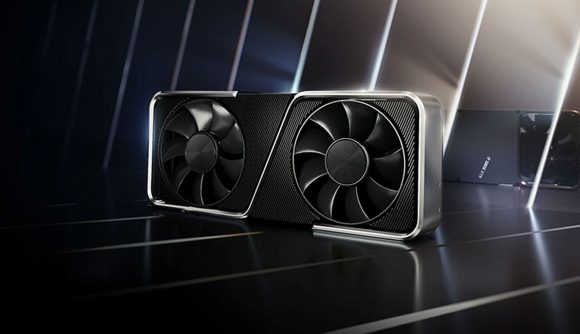 Graphics cards are notoriously gutsy when it comes to power consumption, with the likes of Nvidia’s RTX 3090 requiring 350W. Currently, delivering juice from PSUs to GPUs requires up to three 8-pin Molex connectors, resulting in cable management complications. Thankfully, it looks like Nvidia potentially has a solution to our socket woes, and it involves a brand new PCIe 5.0 power connector that’s capable of delivering a whopping 600W to cards over a single cable.

As shared by Igor’s Lab, the new PCIe 5.0 interface isn’t too dissimilar to the plugs we currently use today. However, according to schematics, the new standard reportedly features 12 power pins alongside an additional four-pin array underneath for additional signals. Each pin on the block also delivers up to 55.2A over its pin configuration, with a maximum power load of 662.4W.

It’s needless to say that this is a huge jump in potential power consumption, especially by current standards. While the green team next wave of graphics cards likely won’t go the full hog when it comes to power bandwidth, rumours suggest the new RTX 3090 Ti (previously thought to be the RTX 3090 Super) could guzzle 450W.

As with every new standard implemented within the gaming PC space, there will likely be teething problems. When Nvidia’s new lineup of GPUs launches in 2022, we’ll probably have to use adapters to ensure compatibility. Of course, this is a small price to pay if the end result is a single-cable solution, but you might also want to consider reviewing your rig’s current power supply situation, especially since Intel’s upcoming Alder Lake i9 apparently gets a bit ravenous when under load.