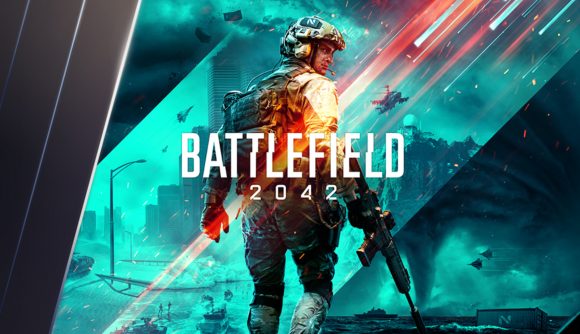 Since buying a graphics card is a battle of stock and availability nowadays, prebuilt gaming PCs and laptops are the single best way to get your hands on that long-awaited upgrade. If you’re stuck for choice between team red and team green, though, Nvidia has partnered with EA to tip the scales in its favour, bundling Dice’s upcoming Battlefield 2042 with select RTX-powered systems.

Qualifying PCs and gaming laptops can include an RTX 3070, RTX 3080, their Ti counterparts, and the RTX 3090 – unfortunately, this means the RTX 3060 and 3060 Ti don’t make the cut. The offer is open worldwide in the terms and conditions, but you’ll need to buy from a participating retailer, like SCAN in the UK. You only have until September 14 or as long as supplies last, which probably won’t be too long given the chip shortage.

The free code nets you the standard edition of Battlefield 2042 on Origin, and since this is ahead of the October 22 release date, it also includes pre-order goodies: a dinosaur Epic weapon charm called Mr. Chompy, the Baku ACB-90 melee takedown knife, an exclusive player cards and tag, and early access to the open beta.

Battlefield 2042 doesn’t require a beefy system to run, but it will benefit from the RTX 3000 series with Nvidia DLSS and Reflex support. 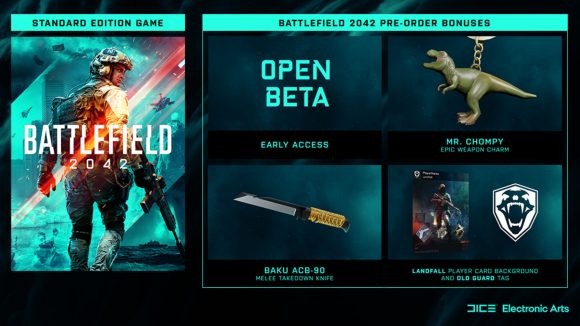 You can always check out the Battlefield 2042 system requirements over on PCGameBenchmark to see if you even need an upgrade – who knows, your gaming PC might already be up to the task.