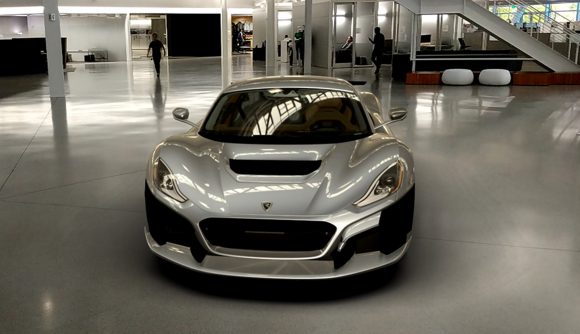 The Nvidia CloudXR SDK (via TechPowerUp) is Nvidia’s “core platform for streaming virtual reality (VR), augmented reality (AR), and mixed reality (MR) content from any OpenVR XR application on a remote server – cloud, datacenter, or edge”. To utilise the SDK, Nvidia RTX GPUs are used to allow the streaming of XR from servers to your XR devices, whether that’s a head-mounted display (HMD) or mobile device.

This is a way of providing XR technology access to those companies that don’t have their own hardware capable of powering highly resource-intensive VR, AR or MR applications. It also allows for an “untethered XR device experience”, meaning XR applications can be streamed without being tethered to the hardware that powers it, allowing for more freedom of movement. This will be especially useful for those companies that use AR or MR on the workline.

Nvidia explains how this XR streaming will work: “With CloudXR, VR/AR content can be streamed over wireless or wired networks to any end device, whether it’s untethered or tethered thin clients. CloudXR thin clients are supported on Windows and Android platforms.

“The SDK provides a way to stream graphics-intensive XR content by accessing a high-powered graphics server and streaming over a radio signal (5G or Wi-Fi, for instance) to a relatively low-powered client, such as PC-connected head-mounted displays (HMDs) like Vive Pro or other Windows- or Android-based HMDs. The SDK also enables streaming of OpenVR applications to a number of 5G-connected Android devices, including 5G-enabled phones. This enables more mobile access to high-powered servers, as well as access to graphics-intensive applications on relatively low-powered graphics hardware.”

So, while for us gamers Nvidia might be the green ‘consumer GPU’ giant, the company is taking big strides in the world of datacenters and high-performance computing (HPC). Indeed, Nvidia CEO Jensen Huang has already mentioned the company’s pivot towards the datacenter, and in Nvidia’s recent keynote he made it clear that this scale of computing will be the new unit of computing for developers to, well, develop across.

However, as with all great HPC and business-scale technological developments, the advancements tend to trickle down into the gaming sphere. As datacenter-scale applications and SDKs become the new basis for development, and as internet speed and connection quality improves, we’ll no doubt see an increase in graphically intensive streaming in the consumer market.

And in the case of a consumer VR streaming service, the ‘consumer’ would be the CloudXR SDK client company, not the end-client, meaning the tech wouldn’t even have to trickle down that far. But whether or not we’ll be seeing a GeForce Now equivalent for VR any time soon, I’m not convinced – we can certainly dream, though.

The image is of a Rimac C2 vehicle rendered in AR and viewed on a 5G smartphone.