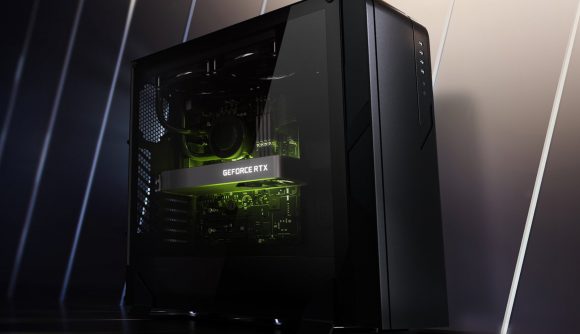 Nvidia is doubling down on Deep Learning Super Sampling (DLSS), announcing at GTC 2021 that Unity will support the feature natively by the end of the year. This marks the second major game engine to integrate the technology following Epic Games’ Unreal Engine plugin, meaning you’ll likely be able to boost fps on the majority of future titles if you own a GeForce RTX graphics card.

Adoption has been somewhat slow since the original version of DLSS launched in 2018, but has ramped up since the second iteration landed early last year. DLSS 2.0 no longer comes with the same graphical sacrifices of its predecessor, but still manages to double the frame rate in games like Fortnite, Outriders, and Call of Duty: Black Ops Cold War, where fps can mean the difference between a win and a loss. It’s particularly helpful at reducing ray tracing’s performance tax in the likes of Cyberpunk 2077, too.

The trick is to make implementation as simple as possible for developers since DLSS is only available on the best graphics cards from Nvidia. With native support arriving as a part of the 2021.2 update, Unreal devs will be able to add the feature to their games “in just a few clicks.”

Unfortunately, AMD users are out of luck until FidelityFX arrives at some point this year, but there’s no telling how team red’s technology will perform or how well supported it’ll be initially as Nvidia continues to establish DLSS as an essential feature.