I think I might be a little bit in love with this new card from Galax. At their recent event in China the graphics card company showed off the first high-end single slot GPU in years, a GTX 1070 with a seriously svelte cooler.

According to Overclock3D Galax are looking to launch the single slot GTX 1070 in the first few months of 2017 for around $379, but frustratingly there are no definite plans to release the slimline beauty in the US or the UK. We can but hope…

The card is sporting a bespoke PCB design, with a foreshortened board and the main part of the blower cooler extending from the rear of it. Like the standard GTX 1070 this Galax version is also running with an 8-pin power connection and is setup for SLI right from the off. Given the slight design of the card a pair of them will fit beautifully into a dual-GPU machine. 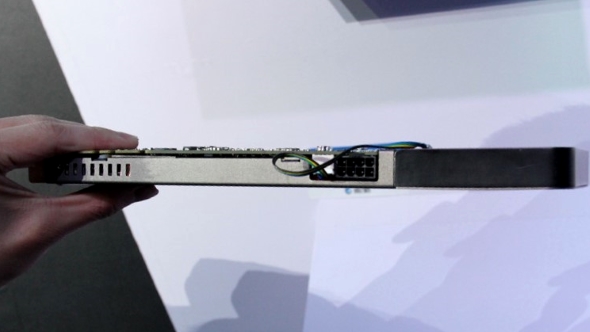 Obviously the main concern for a single slot graphics card though is how well it can cope with the thermal demands of a modern, high-end GPU. Galax have used a large copper heatsink beneath that shroud to funnel the heat away from the super-heated silicon and out via the fan. I’ll be really interested to see how well that can transfer the heat away from the GPU and how it all affects the boost clock speed of the GP104 silicon.

The other concern is the fact a single slot design doesn’t allow for a whole heap of display connections on the back panel. The Galax version is sporting one of each from DisplayPort, HDMI and dual-link DVI, which is a pretty good combination given the space and the audience it’s been designed for. The DVI port is still important to the Chinese market where cafe culture is a big player for GPUs and where there are still a lot of legacy monitors. 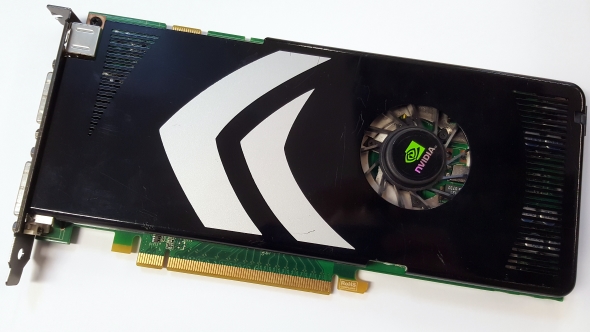 I’ve got a horrible feeling we won’t be seeing this lovely little card in the US or UK, which is a shame because I’ve been hankering for a return to the days of single slot GPUs. I’ve still got the gorgeous Nvidia 8800GT sat on my desk in the office, a reminder of a simpler time…

I know dual-slot cards, or bigger, have a tremendous sense of value, but with modern graphics architectures getting smaller and more power efficient having huge lumps of cooler extending off into the distance seems increasingly unnecessary for most of us gamers.

Or am I just behind the times and bigger is best?