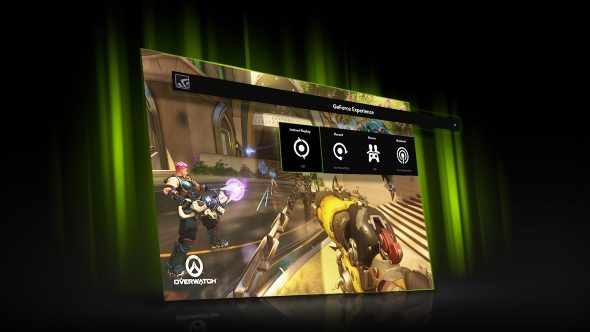 Nvidia’s GPUs are pretty much your only option right now, but which is our pick for the best graphics card to buy?

Nvidia have made a small but incredibly useful change to their catch-all gaming software, and streamers are going to love it. The latest GFE3.8 beta now lets you enable multi-track recording, meaning you can record your game audio to one channel and your voice to another.

For anyone streaming live this has the immediate advantage of being able to balance the volumes of voice and game, meaning you’ll no longer either be an imperceptible mumble as the explosions drown you out, or a bellowing monster that ruins your audience’s enjoyment of the game’s soundtrack. 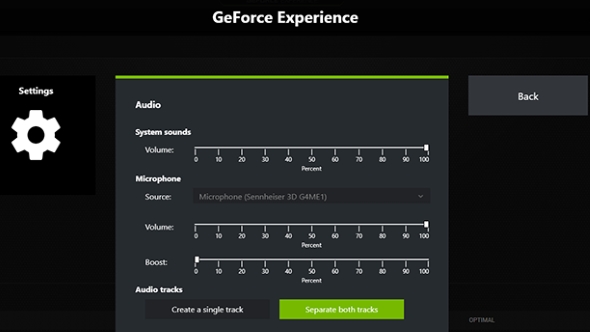 The people who stand to gain the most from this, though, are those who cut their gaming videos together before releasing them. Recording multi-track audio means you can play about with the audio in all sorts of fun ways – most video editing software includes basic audio editing software (ever wanted to play Overwatch with a spooky ghost voice?), but if you want to dive in really deep, the possibilities are practically endless in dedicated audio editing software.

Whether you want your voice to fade in and out, depending on how much action’s happening on screen, you want to cut out the background sound your microphone’s picking up, or you simply want to sound like Bane, all this is now possible thanks to Nvidia’s multi-track audio recording update. What’s more, being able to EQ your voice separately means you’ll be able to cut out that painful whining noise you make when you lose a game of FIFA, and do so without ruining the game’s audio in the process.

Better still, you can find powerful audio editing software – like Audacity – completely free, so there’s no excuse not to start a YouTube channel where you pretend you’re busting heads from a giant cavern in the desert.

This simple update will make it so much easier to make quality gaming videos, but will it convince you to start filming your exploits?