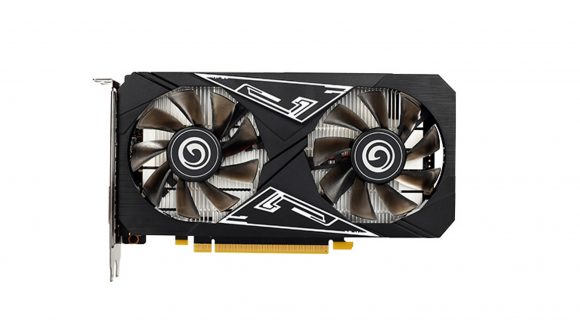 This generation of the best graphics cards from both Nvidia and AMD has seen plenty of options at the budget end to the middle of the range. From the GTX 1650 to the GTX 1660 Super, from the RX 5500 XT to the 5600 XT, and all the variations in between, there’s been no shortage of graphics cards for entry-level and mid-range builds. Now, another entry-level graphics card has been spotted, this one called the Nvidia GeForce GTX 1650 Ultra.

This new graphics card was listed on GALAXY (via Twitter user momomo_us), and appears to show a GTX 1650 that is (perhaps paradoxically) both incredibly similar to previous models, and also entirely different. Before getting into the specs, the long story short is that its specs are in-line with already existing GDDR6 refreshed versions of GTX 1650, but it uses an entirely different GPU.

It should be noted that the specification sheet lists the model as a “GALAXY GTX 1660 Ultra”, but the consensus seems to be that this is probably a typo since all its specs are consistent with the GTX 1650.

These specs themselves are as follows:

We see here the same number of compute units (896), the same memory frequency (12Gbps), and the same clock speed (1,590MHz) as the GTX 1650 D6 refresh. It appeared at first there was a 2GB increase in memory, moving from 4GB to 6GB with this Ultra version, but it looks as if this has now been changed on the specification page to show 4GB.

So, no VRAM increase, which means the primary difference between this GTX 1650 Ultra and the GTX 1650 refresh models lies in the GPU. It’s listed as running a TU106 GPU, the same one that’s featured in the Nvidia GeForce RTX 2060 and RTX 2070. The 1650 Ultra’s GPU is obviously heavily scaled back, as it features less than half the CUDA cores as are in the RTX 2060.

How this change in GPU affects performance is yet to be seen, but given that its memory configuration and core specs are the same as the GTX 1650 D6 refresh models, it’s unlikely that there’ll be any massive improvement. Considering this, and considering the GTX 1650 Super is higher-specced than this ‘Ultra’ version, it makes you question why the need for this new Ultra model. What’s it bringing to the market?

Tom’s Hardware says that “it’s likely the GTX 1650 Ultra is Nvidia’s attempt to salvage as many chips as possible”, and this is certainly one plausible explanation for the existence of the 1650 Ultra. If Nvidia has a surplus of TU106 GPUs, it would make sense to simply deactivate a load of RT, Tensor and CUDA cores, and package them as GTX 1650 Ultras.