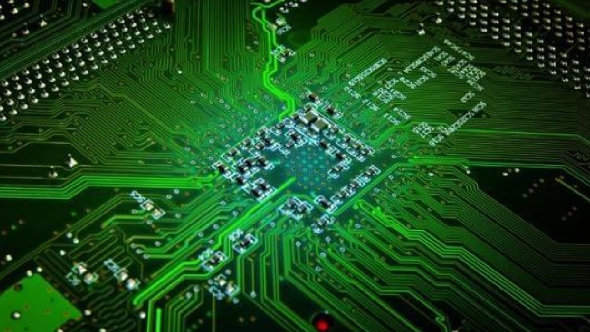 Update January 4, 2017: Nvidia have officially announced the worst-kept secret of last year – the mobile versions of their GTX 1050 and GTX 1050 Ti graphics cards.

Read more: check out our pick of the best desktop graphics cards around today.

Just before CES kicks off in ernest this week in Las Vegas, Nvidia have taken the wraps off their low-end mobile GPUs, with a host of GeForce-powered gaming laptops likely to be gracing the CES showfloor as well as hotels up and down the Strip.

The final specs for the two new budget mobile chips are pretty much what we expected when the first leaks went live last year, but with slightly more conservative base and boost clockspeeds. The GTX 1050 Ti clockspeeds though are far in excess of what the desktop version is capable of though.

Like the desktop chips, these mobile parts are using the 14nm FinFET design manufactured by Samsung and that, combined with the extra efficiency worked into the Pascal GPU architecture, potentially makes the GP107 at their hearts the perfect 1080p laptop graphics silicon. With the improved BatteryBoost built into GeForce Experience Nvidia are promising up to 30% longer battery life compared with the previous generation of mobile GPU.

Nvidia are also promising the overclocking performance offered by the higher-end notebook GPUs will also be available to the GTX 1050 and GTX 1050 Ti laptops too. Though whether that means a GTX 1050 Ti machine topping the 2GHz mark we’re not sure.

We’ve previously heard reports of just how good the new price-conscious graphics chips are going to be, but have heard nothing from Nvidia as to when they might arrive. But January looks like a good bet considering Intel will be taking the wraps off their new notebook chips too.

The GTX 1050 ought to bring about sub-$1,000 laptops with serious gaming performance, and hopefully the efficient cores may also deliver better battery life than we’ve had from the current crop.

According to the Digitimes story Asus, Gigabyte, MSI and Lenovo are all lining up new, affordable gaming laptops based on the new Intel Kaby Lake and Nvidia GTX 1050 platforms for 2017’s CES tradeshow. There’s also talk of a notebook price war on the horizon and that can only mean good things for us PC gamer type people. We do so love a price war.

Nvidia have yet to announce their budget mobile GPU, butLaptopMediaclaim to have been testing an early notebook sample with the GTX 1050 Ti inside. And their initial benchmarks have the new GPU outpacing the classic GTX 970M chip.

Nvidia only released the desktop version of the GTX 1050 Ti last week – and I went over to China to watch them being born – but the graphics world doesn’t stand still for long. Laptops sporting the mobile GTX 1050 Ti are likely to arrive either late this year or be yet another candidate for launch at CES in January and, if these benchmarks prove accurate, they could be the new go-to gaming laptops.

The GTX 960M was the big hitter from the last generation of mobile chips, offering decent gaming performance with an affordable price tag. The LaptopMedia test results have the GTX 1050 Ti machine they’ve been testing running 86% faster than it in Unigine’s Heaven 4.0 test and 74% faster in 3DMark’s FireStrike test.

Those are some impressive numbers and get more impressive when put up against the GTX 970M, one of the most popular high-end mobile GPUs used by the likes of Asus and MSI in their expensive gaming notebooks. Sure, the performance boost is less than 10%, but the fact that it’s any faster is exciting.

With the Pascal generation of mobile GPUs Nvidia have taken the cores directly from the desktop variants and, because of their efficient new architecture and lithography, have been able to drop them straight into the limited thermal confines of modern notebooks. The mobile GTX 1050 Ti may only have 768 CUDA cores compared with the GTX 970M’s 1,280, but it’s able to make up the difference by clocking its GPU far higher.

According to the LaptopMedia report their GTX 1050 Ti is running at 1,490MHz base and 1,624MHz boost. That’s higher than the desktop variants we’ve tested, which seems a little strange, but we’ll hopefully have official confirmation of the mobile GPU’s specs very soon.