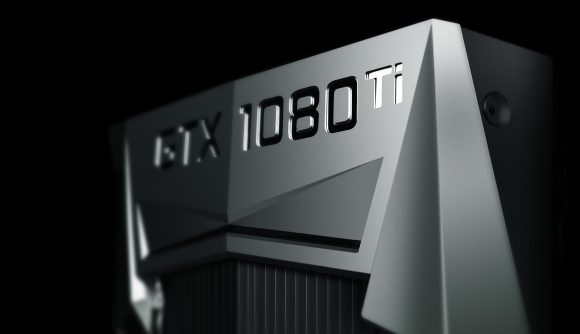 With current stock issues preventing you from getting your hands on the best graphics card, Nvidia’s making a habit of relaunching older GPUs to satisfy demand. The four-year-old GTX 1080 Ti could be next in line to come back to market, as it seems Nvidia’s still producing new models of the 10 series flagship.

Harukaze5719 spotted a user on Korean hardware forum Quasarzone, noting that their warranty-replacement EVGA GTX 1080 Ti is a brand-new graphics card with a manufacturing date of 2021. This isn’t confirmation that the GTX 1080 Ti will once again be available at retail, however, as this could be a special quantity intended for warranty purposes, but with the RTX 2060 re-releasing earlier in the year and the GTX 1050 Ti returning last month, it’s not outside the realms of possibility.

Even in 2021, the GTX 1080 Ti offers some serious gaming performance at lower resolutions, but it’s anyone’s guess as to what price tag it’ll carry if it resurfaces. Its original $699 MSRP is the same as the RTX 3080, which would prove incredibly poor value, but not surprising with the inflated costs of its successors.

Should we see GTX 1080 Ti graphics cards appear on shelves, it’s unlikely they’ll stay there for very long. It’s still an attractive card to crypto miners, with the ability to earn around $130 per month – per GPU.

He sent serial number. I haven't used EVGA GPU. So anybody knows this claim is true? https://t.co/FT3NHvBrmM pic.twitter.com/w07o4QlN0J

We’ve reached out to EVGA and Nvidia for comment.