Nvidia just wrapped up its Q2 earnings call, which were largely positive for the green team and its investors. During the call, Huang was asked by Cowen’s Matt Ramsey whether he saw any movement in the competition when it came to datacentre software stacks. And Huang had quite a bit to say on Intel’s unified programming model.

Intel’s One API is a software programming model that will cross architectures and silicon, particularly useful for Intel, a multi-faceted company with fingers in many silicon pies. In an increasingly complex world of CPUs, FPGAs, GPUs, and accelerators, the need for overarching software able to tap into the many moving pieces in a modern data centre has increased exponentially. That’s what Intel’s attempting to produce with OneAPI and what Intel’s chief architect, Raja Koduri, has been keen to talk up to developers since it was unveiled officially at its Architecture Day last year. 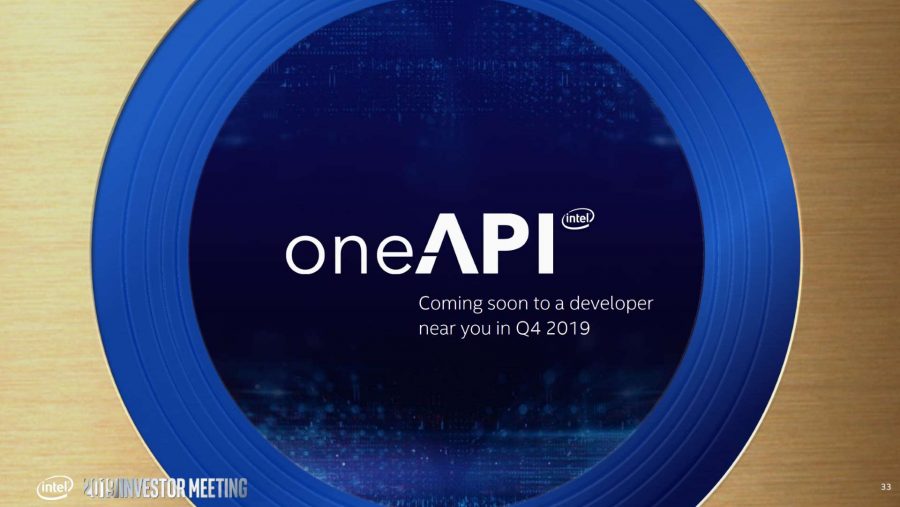 Intel’s incorporation of a single, cross-industry programming language also flies in the face of single architecture proprietary languages, and that might rub Nvidia, and its CUDA platform, up the wrong way.

Nvidia’s proprietary CUDA platform is built to make the most of its GPUs, with API tools available to developers to squeeze all the performance out of its accelerators in GPGPU workloads. With datacentre and compute tasks favouring the parallel processing grunt of a GPU nowadays, especially for tasks such as AI, Nvidia’s CUDA API and libraries have become increasingly important to realising the company’s vision as a major datacentre player.

But there’s a positive for Intel in all of this shade throwing. Because if Jen-Hsun truly believes this has never been done before in history, it would be one hell of a victory for Chipzilla if it could pull it off. We’ll find out soon enough, OneAPI will head to develops in beta later this year.